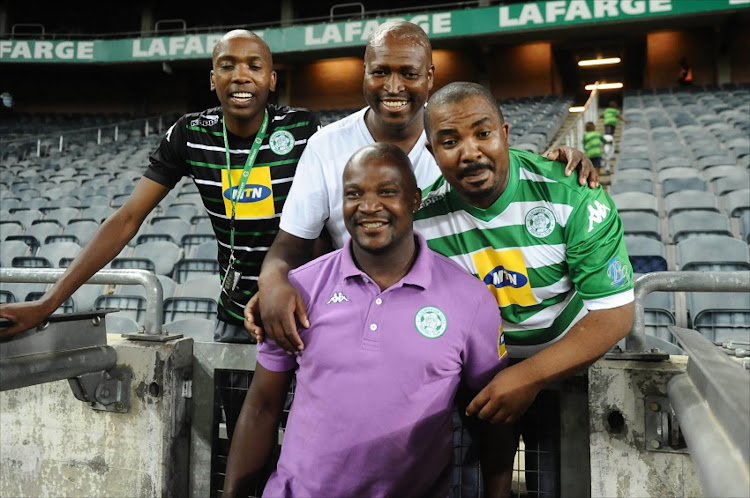 Lehlohonolo Seema celebrates with fans during the Absa Premiership match between Orlando Pirates and Bloemfontein Celtic at Orlando Stadium on December 20, 2016 in Johannesburg, South Africa. (Photo by Lefty Shivambu/Gallo Images)

The Premier Soccer League (PSL) is one of the most cosmopolitan leagues on the continent, with players coming from as far as Egypt and New Zealand - think Bidvest Wits striker Amr Gamal and SuperSport United's Jeremy Brockie.

However, at the moment the PSL seems to be a difficult place for nations closer to SA - Swaziland and Lesotho.

This is a major surprise, given that in the past, players from these neighbouring countries used to be the norm.

Mato Madlala will continue as acting CEO of the Premier Soccer League (PSL) because a suitable candidate who has been found is tied up until ...
Sport
4 years ago

Seema, who's now Veselin Jelusic's assistant at Phunya Sele Sele, feels the sudden absence of his compatriots in our league must be blamed on the standard of the league in his native nation.

"I think it is because of our league in Lesotho - it is an amateur league. But now they are working to make it more professional.

"We will soon see our [Basotho] players in the PSL. We are just around the corner from SA and we should be flooding this league, but it seems not to be the case," Seema told Sowetan.

"The talent is there [in Lesotho] but because of the poor league standard, people opt to find proper jobs for a living. This situation affects our national team a lot.

"Whenever our players go outside to play an international match they are still admiring players [opponents] whom they watch on television.

"They even get intimidated by the stadium because they are not used to it back home," added Seema.

Like Seema, retired Swazi striker Dlamini suspects the recent unavailability of his countrymen in the PSL is due to the way Swazi league is run.

"There are no monthly grants given to clubs, the league is run unprofessionally and SA scouts might be not interested in it because of that," said Dlamini.

"Any national team that plays with only local-based players will not go far in tournaments," noted Dlamini, who now serves as an assistant coach at Jomo Cosmos.