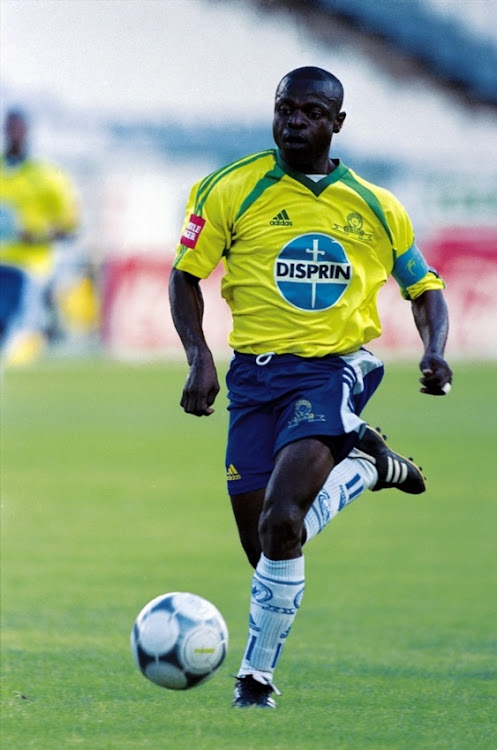 The local game is in the throes of an unprecedented goals drought and matters came to a head last week when twelve out of fifteen matches ended in draws and six of those drawn games failed to produce goals.

Mudau‚ who is the PSL’s second all-time leading scorer with 108 goals behind Siyabonga Nomvethe's 120 strikes‚ said the league does not have enough classic number nines in the mould of his former team-mate Raphael Chukwu.

He added that as a result of a lack of good target men‚ coaches are forced to convert midfielders into strikers with little success.

“I think we have reached a crisis point and I am not sure how or when the situation is going to change‚" Mudau said.

"My observation is that we don’t have quality out and out strikers like Raphael Chukwu‚ Jerry Sikhosana‚ Shaun Bartlett or Pollen Ndlanya who used to stay in the box.

"Now‚ you have a situation where coaches are forced to convert midfielders into strikers and that is not an easy thing to do‚” he said.

Mudau‚ who was part of the Bafana Bafana squad that won the Africa Cup of Nations in 1996‚ sees nothing wrong with converting midfielders into strikers but said players who are converted must embrace their new roles and work hard to get better at their craft.

“It is difficult to convert a player into a new role but I want to challenge midfielders who have been converted to work hard.

"I don’t know many players stay behind after training with 50 balls to practice target shooting‚ taking runs on and off the ball and jumping and heading inside the box‚” he said.

“I don’t think there are that many.

"Coaches can only do so much in trying to help the players fit into a new system but the rest depends on individual players to work hard and improve‚” he said.

Erstwhile striker Mark Williams‚ who scored the two goals when Bafana Bafana beat Tunisia 2-0 in the Cup of Nations final in 1996‚ said coaches must use former players to help solve this problem.

“At every club‚ there is always a goalkeeper coach and they are always former goalkeepers‚" he said.

"Why can’t clubs do the same with strikers because clearly we have a problem?

"We need to be serious about what we are doing and get former players involved in helping the strikers.

"We speak the same language.

"We have been there before and the players identify with us.

"I hate to see players struggle to finish off chances that are easy to miss and getting stick from the fans but it is what it is.”

Williams worked with the strikers at SuperSport United during Cavin Johnson’s reign as coach and he said the results were beginning to show with some of the younger attackers improving.

The veteran plans to launch his strikers’ academy in 2019.

“A lot of things are said about football being a team sport but when you are a striker your job is to score goals.