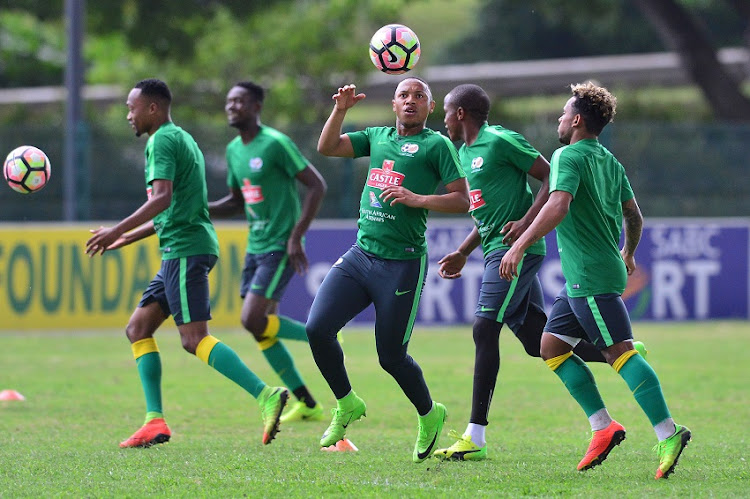 Following their back-to-back losses to Senegal in the 2018 World Cup qualifiers this month‚ Bafana Bafana have fallen seven places in the latest FIFA World Rankings released on Thursday and are now at number 81.

It means they are also positioned as the 18th best side in Africa‚ behind their next opponents in the African Nations Cup qualifiers in March‚ Libya.

Bafana’s position is their worst since they dropped to number 87 in 2012‚ a long way from the heady days of 1996 when they reached number 19 on the global list.

South Africa’s other Nations Cup qualifier opponents have not had such a good time of it with Nigeria slipping 11 places to number 50 (and eighth in Africa)‚ and Seychelles down one more place to number 189.

Senegal’s pair of wins over Bafana has seen them soar to the top of the African list and to number 23 in the world‚ with Tunisia‚ Egypt‚ DR Congo and Morocco rounding out the top five from the continent.

There was no change in the top five on the global list as Germany held firm at the top‚ followed by Brazil‚ Portugal‚ Argentina and Belgium.

The biggest movers in the month were North Korea‚ who climbed 18 places to number 114 in the world‚ while the team that plummeted the most was tiny Laos‚ down 22 places to 184.