Yeye returns to give Tinkler a selection poser in Caf decider 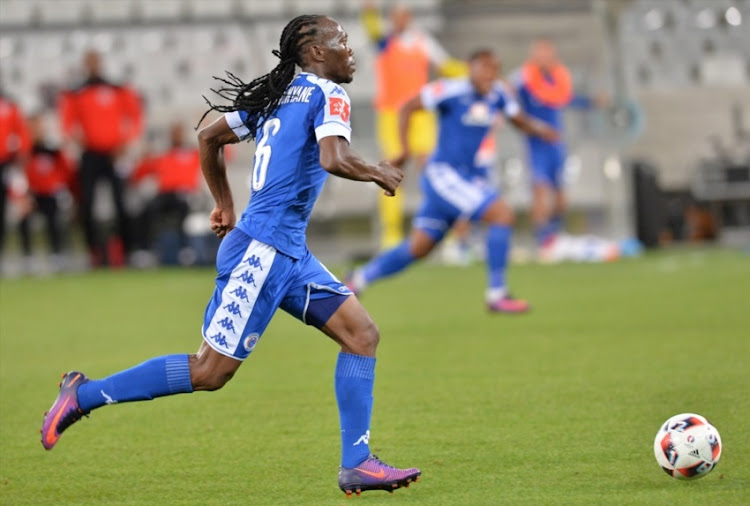 SuperSport United will be boosted by the return of key central midfielder Reneilwe Letsholonyane for Saturday’s second leg of their Caf Confederation Cup final against TP Mazembe‚ leaving coach Eric Tinkler with a selection poser.

SuperSport are yet to release their injury situation for the second leg‚ but know that the influential and hugely experienced Letsholonyane is back from suspension.

“The team got back yesterday [Monday] and are not training today‚ so we do not have an update yet on the injury situation‚” SuperSport media officer Brian Moshoeshoe said on Tuesday.

“‘Yeye’ [Letsholonyane]‚ after being suspended for the first leg‚ is available for the second leg. Morgan [Gould] is still suspended.”

Letsholonyane seems likely to reunite with central midfield partner Dean Furman on Saturday night at Lucas Moripe Stadium in Atteridgeville (kickoff: 8.15pm)‚ where a 1-0 win will be enough for Matsatsantsa to lift their historic first continental trophy on the away goals rule.

Tinkler is well versed in the home and away format in continental football after his exploits as assistant-coach in Orlando Pirates’ run to the 2013 Caf Champions League final‚ and head coach when Bucs reached the 2015 Confed final.

SuperSport’s coach was confident that a 2-1 defeat to Mazembe‚ with the advantage of having scored an away goal‚ was a satisfactory platform for his team from Sunday’s first leg played on the hot artificial surface of Stade TP Mazembe.

“It was very important for us to score that away goal especially against a team like TP Mazembe. They are a very experienced team and if you do not score there it becomes very difficult at home.”

“If we go there and try to contain them‚ it will be difficult for us because the opponent can put you under pressure every time‚” he said.