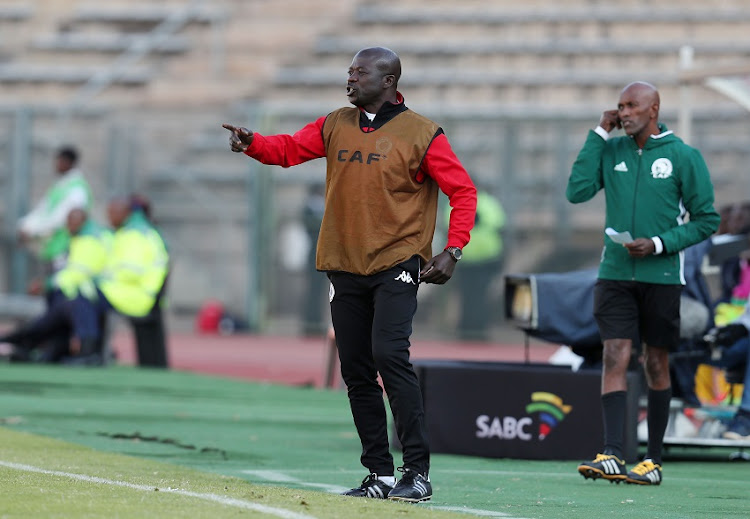 Kaitano Tembo may have played a crucial role in getting SuperSport United to the final of the Caf Confederation Cup but he does not want to be singled out for special mention.

United face Congolese side TP Mazembe in the second leg of the continental final at Lucas Moripe Stadium on Saturday night and the former Zimbabwean international defender insists that credit should go to everyone who was involved with the arduous project that has seen the club clock up thousands of air miles around the continent.

“We have a good culture here at the club and I believe that credit must go to the office and technical support staff who work tirelessly behind the scenes‚ the players who do the job on the field and the technical team for preparation‚" he said.

“I have only made a small contribution to help the club to be where it is and I am honoured to be part of this club.

United will go into the second leg of the final trailing 2-1 after losing the first leg away from home last week.

Tembo took charge of the club in three crucial group stages matches when former United coach Stuart Baxter was negotiating for his move to Bafana Bafana.

He pulled off five points from a possible nine with a hard fought 2-2 draw against Mazembe in Lubumbashi‚ a goalless draw with Horoya AC in Guinea and an impressive 5-3 win over FC Mounana in Gabon.

"This is an overwhelming achievement for the club and it was not easy to reach the final because of the hectic travelling and many other challenges that we encountered along the way‚” said Tembo.

Tembo said their African safari has improved United’s brand on the continent and helped the players to gain experience that would benefit Bafana Bafana in the future.

“The players have done very well and our achievements have helped to drastically build the SuperSport United brand on the continent.

"Before we started‚ not many people knew about this club but I am sure that now people know who we are.

"We have also benefited with some of our players representing the national team.”

United are trailing 2-1 from the first leg in Lubumbashi last weekend and Tembo says they must be at their best to overcome the deficit and lift the trophy.

“It is important for everyone from our side to remember that we are playing against the defending champions who have done very well away from home in the past.

"We need to plan properly‚ not take them for granted and play without fear because we are at home.

"We need to start well and put them under pressure‚” he said.