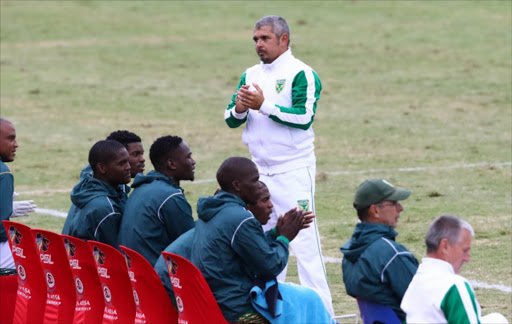 Lamontville Golden Arrows coach Clinton Larsen is full of praise for Orlando Pirates, who his side meet for the second time inside a month in an Absa Premiership encounter at Orlando Stadium, Soweto tonight (7.30pm).

"I've been very impressed with what I've seen of them, compared to last season when their build-ups were so laboured," Larsen said.

"This time around there is a lot of energy in the team, a lot of interchanging of positions, players look a lot more comfortable and seem to be enjoying what they are doing."

Arrows have already lost to Pirates, beaten by a single goal at home when they played on October 25 in the first round of the Telkom Knockout.

Lamontville Golden Arrows may have lost their unbeaten record in the Premier Soccer League but coach Clinton Larsen reckons the club could still ...
Sport
3 years ago

But Arrows do have a point advantage over the Buccaneers in the PSL standings with both clubs already one-third through their season.

"I do think they've been a bit goal shy, like a lot of teams are," added Larsen of the Pirates' attack, which has netted only eight times in 10 games.

"But in terms of the intent they've showed in their attacking game, they've really been a big threat going forward.

"There are a lot of games I've watched this season that they should have comfortably won had they taken their chances.

"I do think the points they have picked up is a true reflection of how strong this Pirates team is. For me . at the moment . one of the strongest teams in the PSL."

Arrows play their first game in three weeks as they seek to try and go top of the standings, sitting second two points behind Baroka.

"Like I've said before, with the young players we've got, there are always areas to improve and spend a lot of hours on the pitch."