Johnson tells AmaZulu to exploit Chiefs' weakness and not be fans 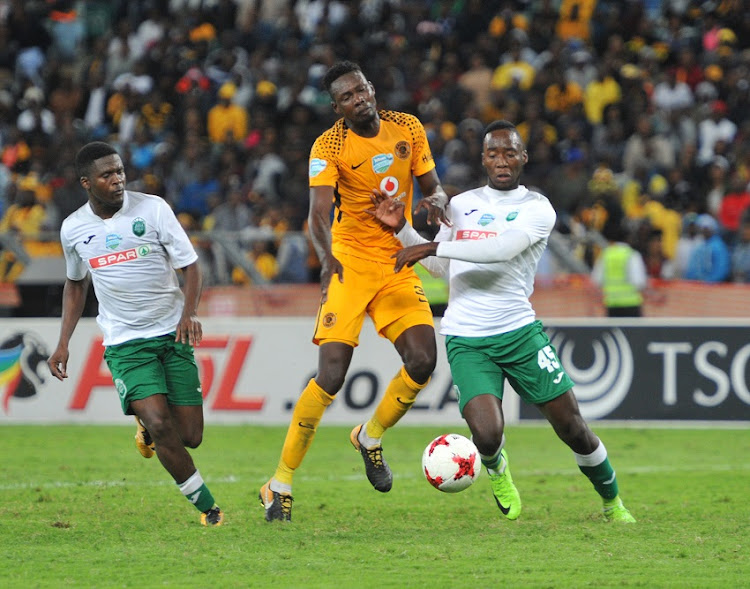 AmaZulu's players must not be fans on the field to admire Kaizer Chiefs‚ Usuthu coach Cavin Johnson has said about his team’s second Absa Premiership clash in Durban against the Soweto giants in less than a month.

Johnson appeared to be making a reference to AmaZulu’s 3-0 defeat against Chiefs at Durban’s iconic Moses Mabhida Stadium in the Telkom Knockout last-16 on October 28‚ where this season’s PSL new boys appeared a little star-struck.

Johnson had another close look at Chiefs when the coach was in Bidvest Stadium on Saturday as 10-man Amakhosi lost 1-0 against Bidvest Wits in the Telkom semifinals.

He said a second half where Chiefs threw everything at Wits‚ despite being a man down after Wiseman Meyiwa’s 27th-minute red card means Usuthu need to be wary of Steve Komphela’s team.

“If you look at how Wits scored‚ and how Chiefs came back in the second half with 10 men‚ then there are two sides to the story to tell you.

"You could see that Chiefs wanted it‚” Johnson told TimesLIVE on Tuesday.

“Wits defended and Chiefs pressed as hard as they could.

"So we must be aware that even with 10 men Chiefs were still very much in contention for the game on Saturday.

“And we have to look back and say that we lost our game against Chiefs because of two deflected goals. We didn’t play badly.

“But at the same time we didn’t take the two big opportunities that we had – and then there would have been one goal in it.

“But we don’t go to the game to be fans – to watch Chiefs.

"We go to see some form of weakness‚ some form of tactical awareness to that we can add to our team going forward.

“And we believe have found some parts.

"And hopefully we are able to put the best team on the pitch tomorrow night to give them a good fight of football.

“Having said that‚ you are under no illusion that you are playing the biggest team in the country. You’ve got to be aware of that as well.

“And also that they will come out like anything.

"Had they played 120 minutes on Saturday‚ they probably wouldn’t.

"But they didn’t. They only played 90 minutes.

“So they could come out a bit more wounded‚ and we have to be aware of all those aspects within the game.”

AmaZulu‚ who bought the franchise of promoted Thanda Royal Zulu in the pre-season‚ are in a creditable ninth place.

Chiefs are in fifth.