Away goal has Tinkler self assured 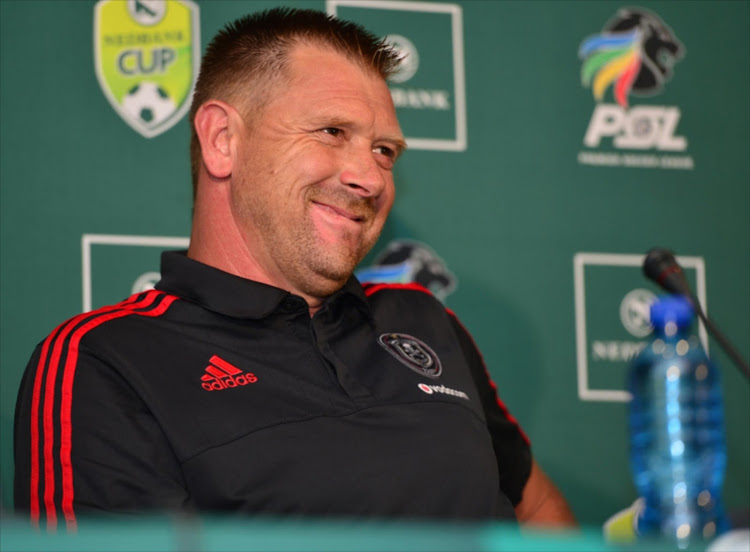 It was mission accomplished for coach Eric Tinkler ahead of the second leg at the Lucas Moripe Stadium on Saturday (8.15pm).
Image: GALLO IMAGES

SuperSport United have TP Mazembe right where they want them.

Although the DR Congo giants clinched a 2-1 win in the final first-leg of the CAF Confederation Cup, Matsatsantsa a Pitori have a precious away goal.

The silence that engulfed Stade TP Mazembe despite their win spoke volumes about the feelings of the fans and was a sign that the balance of the tie was clearly in favour of the South Africans.

It was mission accomplished for coach Eric Tinkler ahead of the second leg at the Lucas Moripe Stadium on Saturday (8.15pm).

"We are happy with a 2-1 loss because we know we only need a goal at home and whatever we score they have to score double," Tinkler said in the post-match interviews.

"The objective of the team was to score and we managed to achieve that. I was not too concerned about losing the match. I said I preferred to lose 2-1 than to leave with a goalless draw."

Adama Traore and Daniel Adjei scored for Mazembe, while Sipho Mbule grabbed the difference-making away goal.

Tinkler is chasing his first African title in his second attempt after he lost the final with Orlando Pirates in 2015.

Fatigue played a factor in the first-leg for many of the SuperSport players who travelled extensively with their national teams during the Fifa break last week.

After surviving the first-leg against many odds, Tinkler feels more optimistic about their chances of winning their maiden CAF title at home.

"The preparation leading up to this game has not been the best. And then we got the suspensions and injuries," he added.

"So playing at home we will have a few of those players back and that will give us a lot more depth and strength."

Reneilwe Letsholonyane will be back from suspension, while Teboho Mokoena is also expected back from a minor injury.