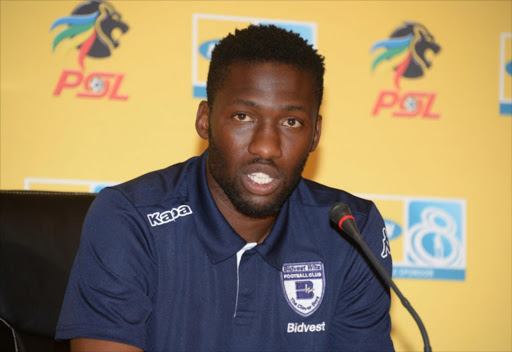 Buhle Mkhwanazi is back‚ and Bidvest Wits could seldom have been happier to have seen a player return from injury as their dependable‚ impassable centreback.

As Wits face Kaizer Chiefs in Saturday’s Telkom Knockout semifinal at Bidvest Stadium (kickoff: 3.30pm)‚ Mkhwanazi makes his long-awaited starting return from a six-month injury with less than five minutes’ top-flight football‚ a reserve league game‚ and 45 minutes of a friendly under his belt.

The Clever Boys‚ and their coach Gavin Hunt‚ will breathe a sigh of relief‚ even if Mkhwanazi is not likely to hook up with Thulani Hlatshwayo to reunite last season’s league championship-winning centreback partnership.

But Mkhwanazi’s return will still surely signal light at the end of the dark tunnel that was Wits’ start to the season‚ just as they have clawed a semblance of form with four wins from six games.

Mkhwanazi is confident his injury-time appearance in Wits’ TKO quarterfinal win against Baroka‚ MDC game against Chippa United‚ and half-a-friendly against Pretoria University are enough as he is thrown in against Chiefs‚ then in Tuesday’s league matchup against Mamelodi Sundowns.

“These games are very exciting. You don’t need motivation to play against Kaizer Chiefs and Sundowns‚” he said this week.

“So I think everybody’s up for it‚ and myself‚ I can’t wait to get going. I just hope I get everything right in my first game‚ and hopefully take that to the Sundowns game too.

“To be honest‚ I think that five minutes that I played [against Baroka] played a certain role in my recovery. Because what happens is you get that atmosphere‚ being on the bench‚ where you say‚ ‘Now you need to switch on – you are at that level again’.

“And when I went on things went well. I never had to go into hard tackles. It was an easy‚ passing game.

“And then obviously I played in the MDC‚ I did well‚ I played the 90 minutes there. And also 45 minutes against Tuks. So I think I’ve played enough games for me to be ready for Chiefs.

“And I’m not nervous. As a professional you need to be ready at any given time”

Wits’ poor start to 2017-18‚ going seven games without a win after beginning with a penalties MTN8 victory against Golden Arrows‚ was largely affected by Mkhwanazi’s absence.

As Hlatshwayo was partnered by new Serb Slavko Damjanovic and Bongani Khumalo‚ Wits initially played their normal brand of organised football but bled soft goals through central defensive errors. As results went against them‚ their shape also fell apart.

Hunt and his team will hope their stalwart centreback’s return starts to steady the ship.

Mkhwanazi will start for injury-hit Wits against Chiefs‚ says Hunt

There were no off-field issues keeping Joseph Molangoane out of Kaizer Chiefs’ lineup early in the season‚ the player has said ahead of Amakhosi’s ...
Sport
4 years ago
Next Article