Bafana coach Baxter in heated exchange with journalists at OR Tambo 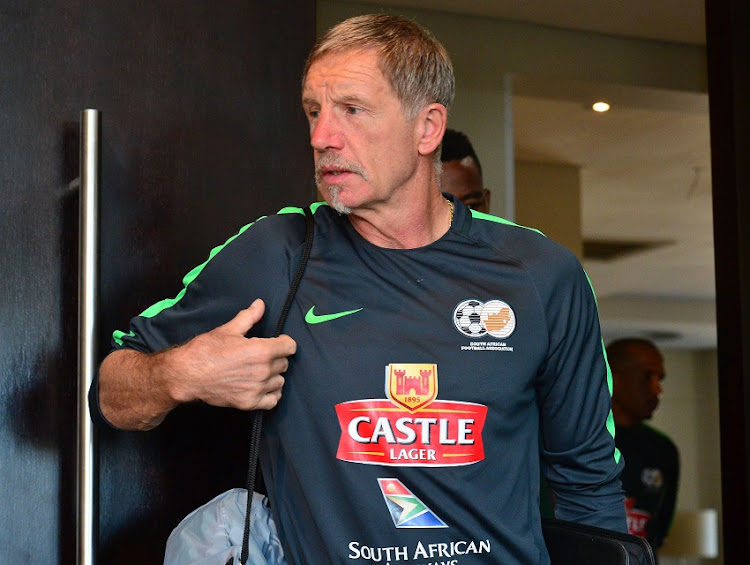 Stuart Baxter was involved in a heated exchange with journalists on his return on Thursday evening from Bafana Bafana’s World Cup qualifying defeat in Senegal.

Baxter‚ in particular‚ shared a confrontational exchange of words with TimesLIVE and Sunday Times reporter Sazi Hadebe as Bafana arrived at OR Tambo International Airport from their 2-1 defeat in Dakar on Tuesday night.

The loss had been rendered meaningless by South Africa’s 2-0 defeat against Senegal in Polokwane on Friday night that was the decisive result in the Lions of Teranga qualifying for Russia 2018‚ and Bafana failing to.

Baxter initially did not want to speak to any of the only four journalists at OR Tambo as Bafana arrived at 6pm‚ saying he had not been informed about any interviews by Safa communications manager Dominic Chimhavi.

This despite information having been sent out on a Safa media Whatsapp group for the Bafana arrival.

Baxter relented‚ and said he would give reporters two minutes.

But Baxter then became angered when asked if he intended to step down after suffering a disastrous four defeats out of five in the qualifiers.

Baxter then tried to walk away‚ but relented again‚ despite Safa communications manager Dominic Chimhavi attempting to forcibly drag the coach away.

“You’re the one asking if it’s not a disaster losing four World Cup games‚” the coach said‚ addressing the question from Hadebe.

“Backpedal. When did I come in? I came in in the middle of a World Cup qualifier [campaign].”

Baxter pointed out that he had only been in charge since June. He said the team had produced good performances in his limited time‚ including the 2-0 away Africa Cup of Nations win against Nigeria‚ World Cup win against Burkina Faso‚ and even the defeats against Senegal.

Give Shakes Mashaba his Bafana job back‚ says Jerry Sikhosana

“I’ve had 40 days working with this squad. I was thrown in the middle of a World Cup qualifier [campaign]‚” he said.

Baxter admitted that the crippling back-to-back defeats against Cape Verde in September had been the result of poor performances.

Baxter leveled an accusation at Sunday Times that the newspaper had tried to destabilise his efforts at Bafana “from the beginning”.

He became angered at an assertion that questions about the coach’s future had to be asked by the media as they were “being asked by all South Africans”‚ a viewpoint that Baxter disagreed with.

Baxter replaced Epraim “Shakes” Mashaba‚ sacked in December for disciplinary reasons‚ in May.

Mashaba had begun South Africa’s World Cup campaign with an away draw against Burkina Faso and home win against Senegal.

The Senegal result was annulled by Fifa in September‚ after the Cape Verde defeats‚ due to match manipulation by Ghanaian referee Joseph Lamptey.