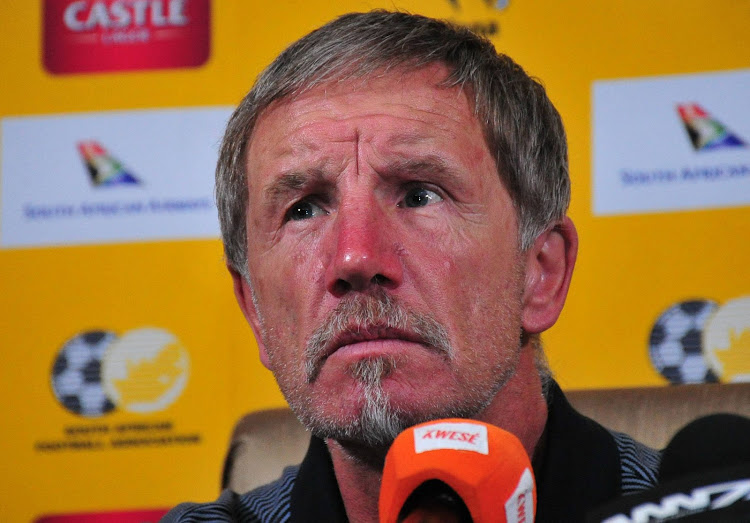 Bafana Bafana coach Stuart Baxter says South African football still has a long way to go because there has not been a change in mentality and work ethic since the last time he was in charge of the senior national team 12 years ago.

Baxter‚ who failed to qualify Bafana for the World Cup in Germany in 2006 and‚ after Friday night’s 2-0 defeat against Senegal in Polokwane‚ now also for Russia next year‚ said if the PSL‚ Safa‚ media and the public work together in future results will probably change for the better.

Bafana can't cut the mustard - here are our player ratings

A disappointing night for Bafana could well have turned out a lot differently had chances been taken.
Sport
4 years ago

“And when the PSL‚ Safa‚ the media and the country are on the same side we would probably get better results.”

Bafana’s defeat against Senegal saw their hopes of qualifying for Russia 2018 dashed. The South Africans had already been a near-mission impossible needing back-to-back victories against the Lions of Teranga in Polokwane and again in Dakar on Tuesday night to progress.

Baxter said another problem in South African football is that players don’t have enough motivation to move out of the country to play in competitive leagues elsewhere around the world.

“We have a long way to go‚ the PSL has become more competitive and players have not moved out of South Africa‚” he said.

“Sadio Mane is playing at Liverpool in England and our players come to a point where they say‚ ‘Maybe I will go for the money to that place’‚ but they don’t have the same motivation because the PSL is also attractive.

“It’s like players get into the PSL to get a big contract at Mamelodi Sundowns‚ SuperSport United‚ Kaizer Chiefs or Orlando Pirates and we all have to talk about that.”

Former national team midfielder John “Dungi” Moeti says Bafana Bafana will have to improvise if they are to get the better of Senegal in their ...
Sport
4 years ago

Khune now likely to play for Bafana against Senegal

The arrival in camp of Bafana Bafana goalkeeper Itumeleng Khune has completed the team ahead of Friday’s 2018 World Cup qualifying clash against ...
Sport
4 years ago

Bafana have found success and controversy in Polokwane

Bafana Bafana have only staged six previous matches in Polokwane‚ but they have been both mostly successful for the South Africans‚ and also tinged ...
Sport
4 years ago