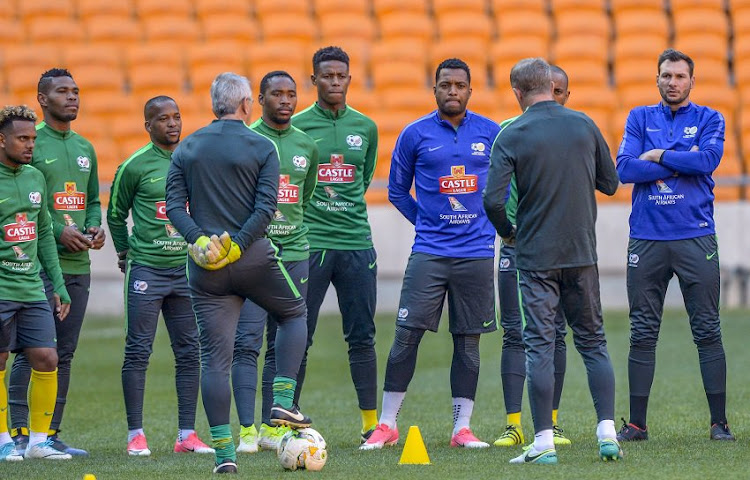 Whether Bafana Bafana qualify for the World Cup in Russia or not, football in the country needs a structural overhaul, says former coach Shakes Mashaba.

The national side need to pull off a miracle by beating Senegal at the Peter Mokaba Stadium tonight and then repeat the feat again on Tuesday. This would enable them to qualify for the World Cup.

Had SA had a better football administration, Bafana ought to have already secured their World Cup ticket and not find themselves in a must-win situation, he said.

The 67-year-old mentor said Bafana should question how they got into such a desperate situation where they need six points from the last two games, after they had topped the group in the opening two rounds of qualifying.

"There are people who have been running our football for more than 20 years and they have achieved nothing because they always make coaches the scapegoat," Mashaba lamented in an interview with Sowetan.

"We need to take a hard look at ourselves and honestly ask ourselves where we are going. It's important that we seriously plan for the future. A nation without a vision will perish."

Mashaba, though, is not bitter and insisted on being patriotic - wishing Bafana well in the two games.

He feels the players need to take the back-to-back games against the Lions of Teranga as if they were the last two football games they will ever play in their lives.

Mashaba was in charge of Bafana last year when they beat Senegal 2-1 in the match that was found to have been manipulated by referee Joseph Lamptey. He was also at the helm when Bafana overcame them 1-0 in the Nelson Mandela Challenge in 2015.

Eyebrows were raised after former Bafana Bafana coach Ephraim “Shakes” Mashaba declared his loyal and passionate support for the national team ahead ...
Sport
4 years ago

"It's a matter of courage, the players need to have the heart to win these two games," said Mashaba, who was sacked following the annulled match of last November.

"I believe they [Senegal] are beatable but the question is are the players up for it? It's going to be very tough because they told us after the last game that they will want to prove that they are on top of us."