Bafana have found success and controversy in Polokwane 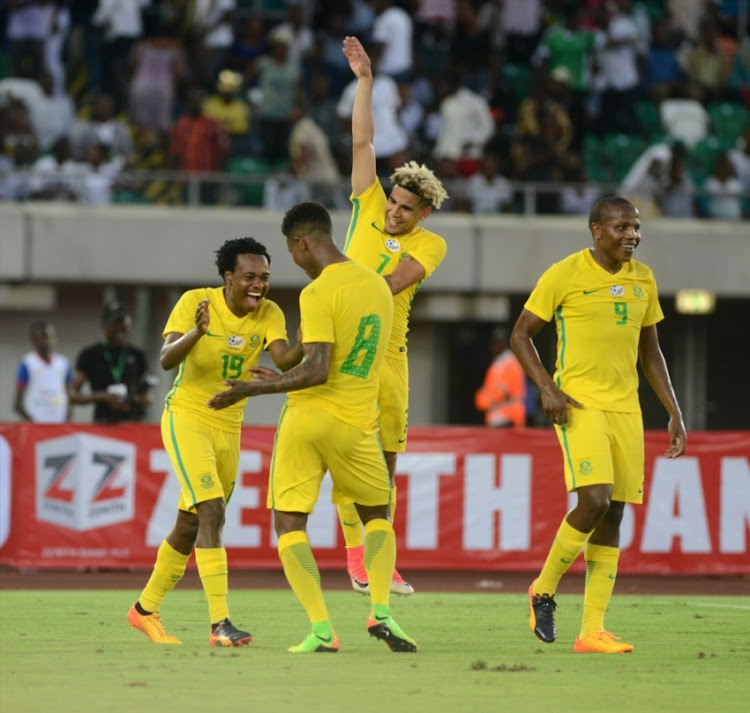 Bafana Bafana have only staged six previous matches in Polokwane‚ but they have been both mostly successful for the South Africans‚ and also tinged by controversy.

The new Peter Mokaba Stadium was the scene of last year’s 2-1 victory over Senegal that must now be replayed after Ghanaian referee Joseph Lamptey was found by Fifa to have manipulated the result. It is why the teams find themselves back in the Limpopo city on Friday night.

But it is by no means the only result that has drawn huge suspicion.

Bafana’s biggest-ever victory in international football was a 5-0 victory over Guatemala in a pre-2010 World Cup warmup match.

Katlego Mphela netted twice‚ one of those also from a highly dubious penalty‚ while Reneilwe Letsholonyane‚ Surprise Moriri and Bernard Parker got the others.

It was claimed afterwards by convicted match-fixer Wilson Raj Perumal that he had paid Niger referee Ibrahim Chaibou to ensure there was a handsome win for the home side.

Certainly the actions of Chaibou that day suggest something was amiss‚ though the result still stands in the record books.

Bafana’s first international in Polokwane was in 2002‚ 10 years after readmission‚ when they thumped Swaziland 4-1 just a month after the side returned from the World Cup in South Korea and Japan.

Teboho Mokoena bagged a brace that day‚ while Jabu Pule (now Mahlangu) slotted a penalty and Stanton Fredericks got the other goal.

That was followed by a 2-1 success over Ivory Coast in an African Nations Cup qualifier in 2003 that went a long way to securing South Africa’s place at the 2004 tournament in Tunisia.

Shaun Bartlett and Siyabonga Nomvete netted for Bafana against an Ivorian side that was just emerging as a power on the continent with the likes of Didier Drogba‚ Arouna Dindane‚ Kolo Toure and Didier Zakora in their side.

A 2-0 friendly loss to a strong Chile side in 2009 is Bafana’s only defeat at the venue‚ while the team also played to a 0-0 draw in late 2014 in their 2015 Nations Cup qualifier with Congo-Brazzaville on their way to the tournament finals in Equatorial Guinea.

Their last match at the venue was the now-annulled 2-1 win over Senegal just short of a year ago by two days‚ on November 12‚ 2016‚ which is to be replayed this evening.