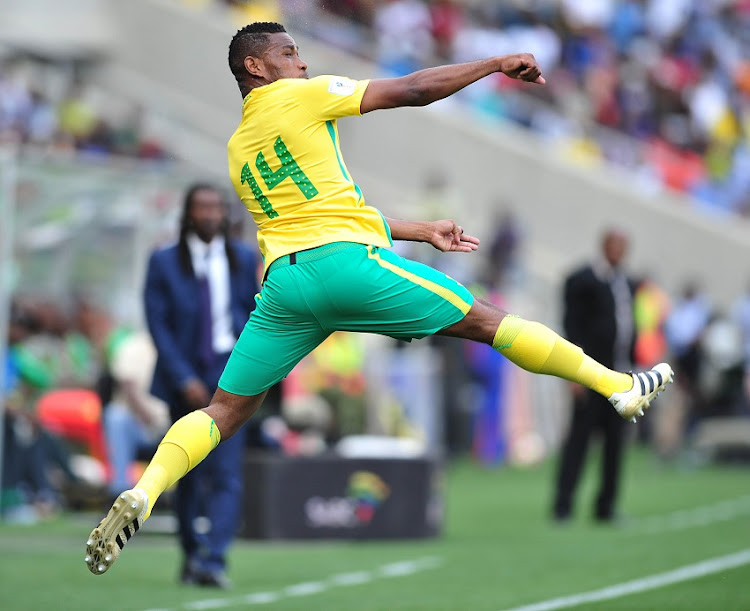 “Tyson”‚ who has returned to the squad after missing the 3-1 win against Burkina Faso last month due to injury‚ is not fazed by the fact that Bafana will face a star-studded Senegal outfit in a 2018 World Cup qualifier here on Friday at Peter Mokaba Stadium.

Hlatshwayo argued that Bafana have faced similar situations previously and came through unscathed.

He singled out Bafana’s away 2-0 victory over Nigeria in a 2019 Africa Cup of Nations qualifier in June as an indicator of what they can do as a team.

“I personally believe that we can do it (against Senegal) and as players‚ we know how important this game is for us‚” Hlatshwayo said.

“I would make you an example.

"We played Nigeria and they had all their big names‚ but we stuck to our game plan.

"We prepared well and we managed to get a positive result.

“With the Senegal game coming‚ whether Mane is there or he’s not there‚ as long as we stick to our game plan to make sure we execute everything well‚” he added.

Bafana coach Stuart Baxter echoed Hlatshwayo and said he’s got his own game plan and he’s not worried about individual opposition players.

“Our game is going to be based on the fact that we want to win the game and not based on being scared of what they can do to us.

"So we have to find that balance whether Senegal have Mane or not‚” Baxter added.

Mane has just returned to training at Liverpool after a four-week layoff with a hamstring injury picked up on national team duty.

Senegal top the group with eight points from four matches‚ while Bafana are bottom with just four.

The hosts must win to ensure they take it down to the wire in Dakar next Tuesday.