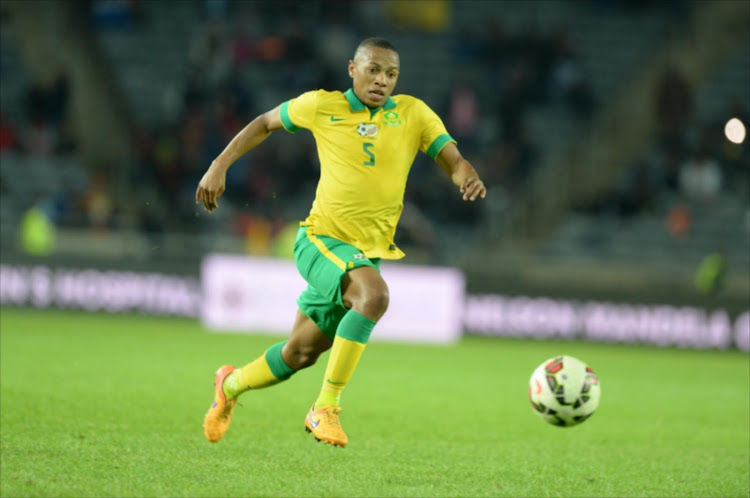 Many of the overseas-based South African players who will be part of the Bafana Bafana squad that tackles Senegal in back-to-back World Cup qualifiers were in action at the weekend with mixed fortunes.

Andile Jali was sent off early in the second half of KV Oostende’s 4-2 home win over Zulte-Waregem‚ the first time he has been red carded for his club in almost three years.

He was accused of deliberately standing on the leg of an opposing player.

Lebogang Manyama returned from injury to come off the bench for Konyaspor in Turkey as they lost 2-1 at Sivasspor to continue their iffy start to the season.

Manyama’s return will be a boost to national team coach Stuart Baxter.

There was still no sign of Tokelo Rantie for his Turkish side Genclerbirligi though‚ having seemingly fallen out of favour there.

Kamohelo Mokotjo was a second half substitute as his English Championship side Brentford completed 3-1 home win over Leeds United to continue their excellent form that has seen them shoot up the table after a poor start.

Thulani Serero completed a busy week that also saw him play in the UEFA Europa League as his Dutch side Vitesse were held to a 0-0 draw at home by PEC Zwolle.

Also in the Netherlands‚ Lars Veldwijk scored from the spot for Groningen as they lost 2-1 at Heracles‚ a second goal of the season for the forgotten Bafana striker.

Dino Ndlovu played for Azrerbaijan side Qarabag but did not get on the scoresheet as they won 2-0 away at Ganca.

Keagan Dolly could only make the bench for French Ligue 1 outfit Montpellier and has now not seen any action since mid-September‚ but Bongani Zungu did play the full game as Amiens drew 1-1 with Dolly’s side.

Lebogang Phiri came on for the final 10 minutes as his Guingamp side were humbled 6-0 by Monaco‚ while in Ligue 2 Lebo Mothiba missed a penalty as Valenciennes were held 0-0 by Brest.

May Mahlangu played for Romanian side Dinamo Bucharest in their easy 3-0 win at Gaz Metan Mediaș‚ while Joel Untersee was in action for Empoli as they were held 1-1 in by Spezia in the Italian Serie B.

In the second-tier season is now complete in Sweden‚ with Mihlali Mayambela possibly playing his final game for loan club Degerfors and finishing with a goal as they won 3-1 at home to Syrianska.

Mayambela netted seven goals in 29 starts in what has been a fine campaign that he will hope boosts his chances at top-flight Djurgardens next year.

Bradley Ralani featured for Helsingborg as they closed the campaign with a 2-0 loss to Oster. He netted five goals in 23 starts.

Luther Singh played again for Sporting Braga B in Portugal’s second tier having taken his tally to five goals in 10 starts in midweek.

Finally‚ Lebogang Moloto is into the play-off final in the second-tier in the USA as his Swope Park Rangers side defeated OKC Energy on penalties after a 0-0 draw.

It took 22 penalties to separate the sides‚ with Moloto one of nine players to miss in the shoot-out.

A fuming Free State Stars coach Luc Eymael believes his side are not getting a fair rub of the green from referees and has hinted his frustration may ...
Sport
4 years ago

Stuart Baxter would not have recalled Siphiwe Tshabalala to the South African squad unless he had a plan to use him‚ says Kaizer Chefs coach Steve ...
Sport
4 years ago

Pitso Mosimane says he is standing by his philosophy and approach to the game and looking for his Mamelodi Sundowns charges to dig deeper as they ...
Sport
4 years ago

Our lack of goals worries me, says Pirates coach

Although Orlando Pirates are in the quarterfinals of the Telkom Knockout, coach Milutin "Micho" Sredojevic is aware that they need to find solutions ...
Sport
4 years ago
Next Article