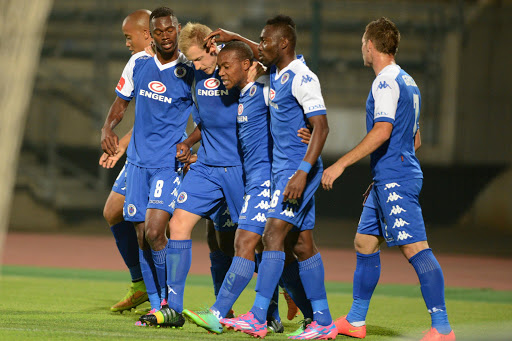 Eric Tinkler will be biting his nails for the next two weeks hoping that his SuperSport United players return from the upcoming Fifa international break in one piece.

It will be an anxious period for Tinkler ahead of their CAF Confederation Cup final first-leg clash against TP Mazembe in the DR Congo on November 17, with the second leg at home the following week.

Matsatsantsa a Pitori will have huge chunk of their core team on international duty, with Ronwen Williams, Clayton Daniels, Morgan Gould, Dean Furman and Bradley Grobler in the Bafana Bafana squad, while Jeremy Brockie will be on duty with New Zealand.

Bafana will play Senegal in their do-or-die World Cup qualifier at the Peter Mokaba Stadium next Friday with the second leg away on November 14.

"You hope everybody comes back unscathed," Tinkler said with an apprehensive tone.

"It's a bit of a concern that I have because it's the two Bafana games and then the final. We are also losing Jeremy Brockie to New Zealand."

SuperSport have turned their attention to the final after thrashing Golden Arrows 3-0 in the league on Tuesday.

Tinkler, 47, feels Matsatsantsa have earned the respect of top clubs on the African continent, including Mazembe with whom they drew 2-2 on aggregate in the group stages earlier in the year.

"Most teams such as Mazembe did not know who SuperSport was.

"The only teams they knew of were Orlando Pirates and Mamelodi Sundowns," he added.

"I think they got a surprise when they played us. I watched that game and I thought SuperSport did very well."

Tinkler, however, has lamented the suspension of veteran midfielder Reneilwe Letsholonyane from the first leg of the final.

"It will be a bit difficult replacing Yeye's experience and creativity."