Sundowns come out tops against Pirates in a thriller in Orlando 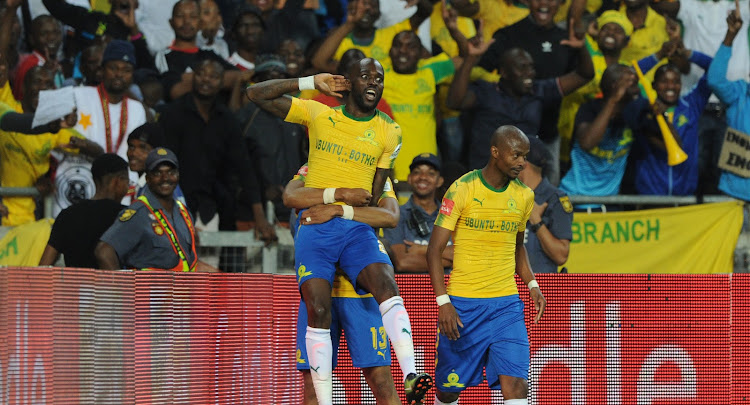 Two audacious goals from Hlompho Kekana put Mamelodi Sundowns back on the winning trail as they again got the better of Orlando Pirates 3-1 in another incident-packed game at the Orlando Stadium on Wednesday night.

Anthony Laffor also scored a late scorcher as Sundowns won precious points to climb up into the top eight with Marc van Heerden netting for the losers but it might well have been a different story had the Buccaneers taken their chances, particularly in the dominant second half.

It was a game that both displayed the best and worst of the local game with finely taken goals but also some horror misses.

It took 58 seconds to break the deadlock as Kekana cut the angles on Abubakar Mobara and got his heel in the way as the defender attempted to hold the ball up field.

It rebounded back in the other direction, sliding past a startled Wayne Sandilands and trickling into the goal off the upright.

Sundowns, who came into the game on the back of three successive defeats, could not have asked for a better start.

But there was to come more. In an almost exact replica of the dream goal he scored for Bafana Bafana against Cameroon in March last year, Kekana drilled a long range shot from just inside his own half towards the Pirates goal.

It swerved viciously through the air as it began to drop and had Sandilands all flummoxed, so much so that he could only push the ball into his own net.

“You have to be crazy to try something like that,” Kekana said himself after the game but the rest will applaud his innovation as well as his accuracy.

Just 13 minutes had gone and Sundowns were 2-0 up, threatening to repeat the six goal fest they produced against Pirates at Loftus Versfeld last February.

Bucs coach Milutin Sredojevich looked almost immediately to change things and brought on Thamsanqa Gabuza for Thabiso Kutumela to provide a target man upfront and a bit more of a physical presence.

There were two occasions where Thembinkosi Lorch got in behind the Sundowns defence, and onto long balls from the midfield, but fluffed his shot on both occasions.

But a superb free kick from Marc van Heerden reduced the deficit after 38 minutes -- a trademark left footed free kick marking his first outing for Pirates this season.

Pirates forced Sundowns onto the back foot though the opening quarter-hour but were let down by poor touches and a lack of thinking, particularly on the part of Thabo Qalinge who rushed his crosses and his shots.

Kekana hit the outside of the upright from a free kick just after the hour mark although Sandilands looked to have it covered.

Sandilands then made two good saves to deny Percy Tau and Tiyani Mabunda, who was back biting to good effect in the midfield after his two-match suspension.

With 10 minutes to go, Qalinge produced the miss of the season as van Heerden played the ball straight through the middle. Qalinge turned superb on the edge of the box to leave the Sundowns defence well beaten but then with the goal yawning in front of him somehow missed.

That deflated the comeback efforts and substitute Laffor caught Pirates on the counter three minutes into stoppage time to finish with a belter from the edge of the areas.