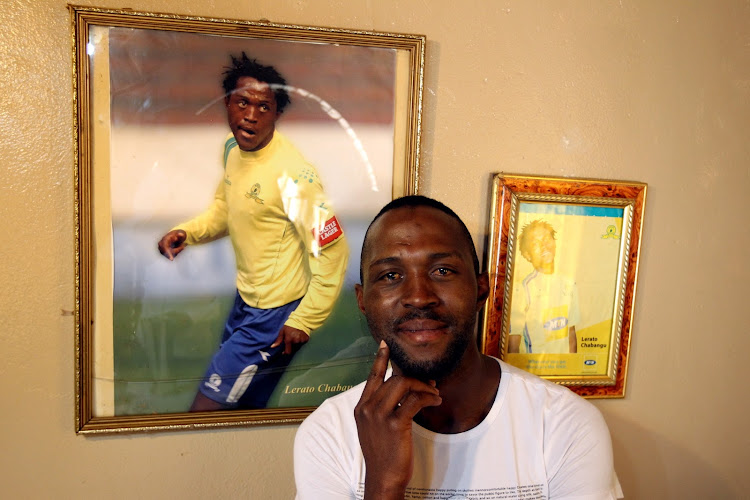 The 32-year-old arrived at the club last Friday and has been hard at work ever since. Chabangu appeared down and out before Sowetan published his story about two months ago.

In our report, he appealed for another chance, and Venda side Mikhado, who campaign in the ABC Motsepe League's Vhembe region, have offered him a lifeline with a season-long contract.

"Yes, I have signed with Mikhado, but I'm not able to give you a full interview at the moment," Chabangu told the Sowetan yesterday.

The club's chairman, Itani Musandiwa, is delighted to have roped in Chabangu, but was not forthcoming with the details of the contract.

He used to be a high-flyer on and off the field, but now Lerato Chabangu has hit hard times with no income, no home and no car. Forced to move in ...
Sport
4 years ago

"It's a done deal. The man is going to play, he's still fit. We have a lot of youngsters in the team and players like Lerato are going to guide them," he said.

Chabangu is by no means the oldest player in the side. Former Black Leopards midfielder Christopher Netshidzivhe, 36, also plays for Mikhado.

"These are the players who will guide the team, but also make sure [that] we compete. We are 13th on the log [out of 16 teams] after six games, so we are still far [behind]," he said.

Chabangu brings tons of experience. Not only did he play more than 270 games in the PSL in 13 years, but also featured 32 times for Bafana. However, his career has been on the decline owing to his off-the-field misdemeanours.

Musandiwa, however, is more than happy to give Chabangu another chance.

"I'm a human being and we make mistakes in life. Some learn and some don't, but when I checked Lerato, you can see he has learnt from his mistakes.

"He's dedicated to the team and has even been doing extra training," he said.