'I am too old and ugly' Baxter plays it calm 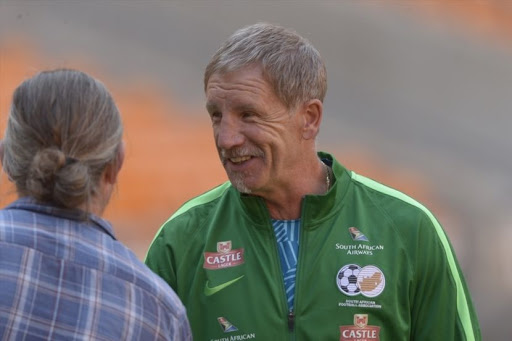 Bafana Bafana coach Stuart Baxter is a man who can take the good with the bad, if his words are anything to go by.

The Englishman claimed yesterday that he remains focused on the job at hand in the face of ongoing criticism ahead of the 2018 World Cup qualifier against Burkina Faso at FNB Stadium on Saturday (3pm).

Baxter appeared to be under no strain despite the fact that the match against the Stallions could put paid to Bafana's World Cup qualifying dream.

"I'm too old and too ugly to get worried about what people think about me any more, honestly," Baxter said during his press briefing in Johannesburg yesterday.

The 64-year-old reiterated that nothing can distract him from his job.

Baxter said the reaction was understandable, because he believes this is a country of extremes.

"The people are extremely hospitable, extremely warm and can be extremely nasty," he explained.

Baxter, meanwhile, confirmed that he was going to have a meeting with the players for a debrief on the Cape Verde games, especially to put disciplinary measures in place.

Bafana's consecutive losses to Cape Verde were worsened by revelations that some players partied the night away after the second loss in Durban.

"There's a complete new code of conduct and the players will receive that. It's not completely new to them, but it will be a much more extensive one," he said.

"It's a presentation named a 24-hour professional."