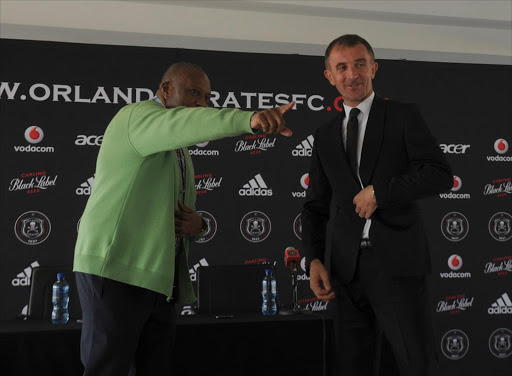 Milutin ‘Micho’ Sredojevic got a call that was “hard to resist“‚ the coach said after he was announced as the new coach of Orlando Pirates at Orlando Stadium on Thursday.

Sredojevic was presented to the media as the replacement to Kjell Jonevret‚ who resigned on Wednesday‚ by Pirates’ chairman Irvin Khoza.

“I got a call that was hard to resist‚” Sredojevic said in his opening statement.

“A call from my father. Irvin Khoza is a hard man to resist.”

Sredojevic‚ also strongly linked to Egyptian giants Zamalek‚ returns for a second stint at Pirates having also coached Bucs for seven months in 2006.