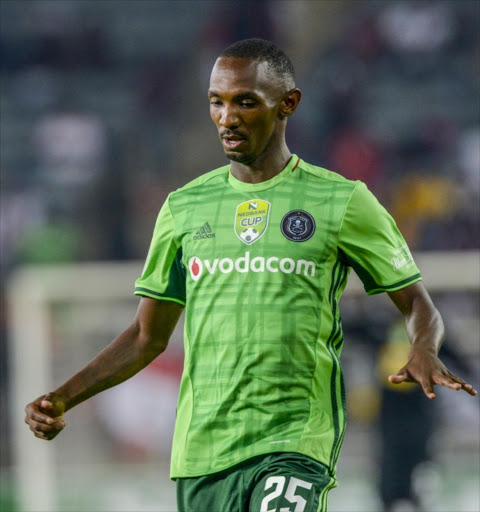 Orlando Pirates fans may feel disappointed to note that their favourite wingers, Thabo Rakhale and Thabo Qalinge, will play no part in tomorrow's Carling Black Label Cup showdown against Kaizer Chiefs at FNB Stadium due to injuries.

The Buccaneers' former striker, Phumudzo Manenzhe, has a different feeling .

"The supporters had selected their favourite wingers in Qalinge and Rakhale but unfortunately the two cannot make it.

"Their absence is a blessing in disguise because a player like [Luvuyo] Memela had been doing well before the coach [Kjell Jonevret] came, starting to understand the way Pirates play.

"This gives him an opportunity to showcase his talent once again,'' said Manenzhe.

"I would have loved to see Riyaad Noridien playing alongside Memela on the wings but he is out nursing injury.

"This is a very offensive starting XI, with two strikers in Thamsanqa Gabuza and Tendai Ndoro. Ndoro is good at making movements and Gabuza is a target man who always holds up the ball. They compliment each other well, so we must expect many goals,'' said the retired 33-year-old.

Manenzhe feels Pirates will control the midfield, and is hoping the arrival of Thamsanqa Sangweni will positively contribute to Issa Sarr's performance tomorrow.

"I am expecting Sarr to do well because he knows there is Sangweni on the bench.

"Pirates will win the midfield battle, when you look at [the fact] that we also have [Mpho] Makola to cover for Thabo Matlaba when he is overlapping."

The Madombidzha, Limpopo-born former player, who is now a television pundit, thinks Pirates' defence will have to work hard to contain Chiefs' Venezuelan striker Gustavo Paez.

"It will be interesting to see how the likes of Happy Jele and Ayanda Gcaba cope with the intelligence of Paez because he is in good form. One of his strengths is his movement off the ball; he plays on the shoulder of a defender."