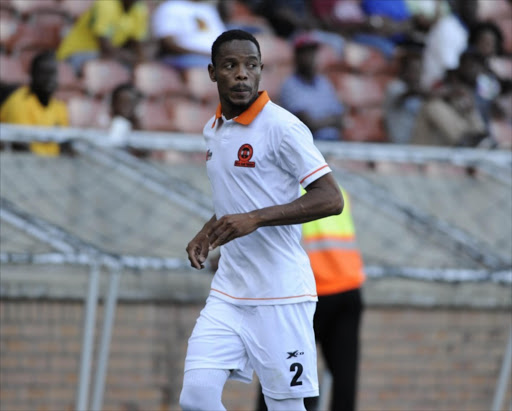 Polokwane City defender Thabiso Semenya will always be grateful for the time he worked at a mine in Barbeton, Mpumalanga, a decade ago.

Semenya, 34, was one of just two players to play every minute of the 30 Absa Premiership games last season. The other being Bloemfontein Celtic defender Mthokozisi Dube, who also clocked 2700 minutes.

So Semenya may not be winding down his career yet after six years of top-flight football, but it is not like he's fearful of life after football in a country where many footballers are left destitute after their playing days.

In 2005, the Limpopo-born defender was a miners' assistant at a Barberton mine while playing in the second division for local side City Stars alongside Orlando Pirates defender Ayanda Gcaba.

"I was at the mine from 2005 to 2007. I moved to Carara Kicks [in the Free State] when they were promoted to the NFD [National First Division] before joining Platinum Stars in 2011," Semenya recalled.

"I was working underground. I was actually a miners' assistant because I had a bit of experience having studied geology at the University of the North, for which I didn't finish.

"As a miners' assistant, I was responsible for the explosives and writing reports for my section. I had to make sure the place was safe for the miners," Semenya continued.

"Working there taught me a lot of things about life and I have applied some of these lessons in my football career. Working underground, you meet a lot of old people and if you think you have problems, just wait until you hear their problems.

"Those people had children my age and they were taking them to university earning as little as R3500.

"It taught me to be financially cautious. I used to survive on R2000 or R3000, but when you come to football people are earning R100000 and yet you always hear stories that they have debts."

So with age not on his side, is Semenya ready for life after football? "I've been financially responsible. Before I bought myself a car, I bought a house. I paid cash for my cars.

"I also helped my mom to start a taxi business at home. Even after football, I can handle any job. So with all that I have learnt, I will be just fine after football," said the Polokwane City defender.