Chance for Orlando Pirates to force a Top 8 finish 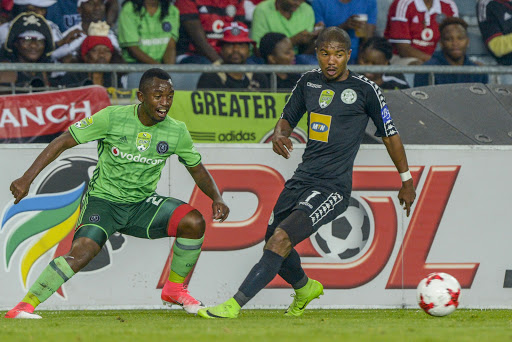 Orlando Pirates are seeing light at the end of the tunnel now that their horrible season has the potential to end with a top eight finish and a trophy in the cabinet.

The Buccaneers are back at home at Orlando against struggling Baroka in the Absa Premiership tonight (7.30pm) after their Nedbank Cup quarterfinal victory over Bloemfontein Celtic at the weekend.

Pirates, who have only tasted a few league victories in 2017, have drawn six matches in the second half of the season.

They'd like to turn those draws into victories to enhance their chances of finishing in the top eight.

The Soweto giants, currently in ninth place, run the risk of dropping down the standings if they continue to drop points.

"We didn't have a great season but we are in a position to get a good ending by reaching the top eight and at least the final [of the Nedbank Cup]," said Pirates' defender Ayanda Gcaba, who has been in good form at the back recently.

"We just need to work hard to snatch these last opportunities."

Pirates will not forget the spectacular bicycle kick goal Baroka goalkeeper Oscarine Masuluke scored against them in the 1-1 draw during the first round.

The Buccaneers need to be alert to ensure they do not get punished by a Baroka side that's usually pumped up to play against the big clubs.

"It [Masuluke's goal] did not not haunt us at all. It's football and anyone can score.

"He was just lucky on the day, but we won't underestimate our opponents. Baroka is a good side but they are beatable.

"We desperately need the three points that are at stake to realise our top eight dream," Gcaba told Sowetan on the sidelines of the Nedbank Cup semifinal draw on Monday evening.