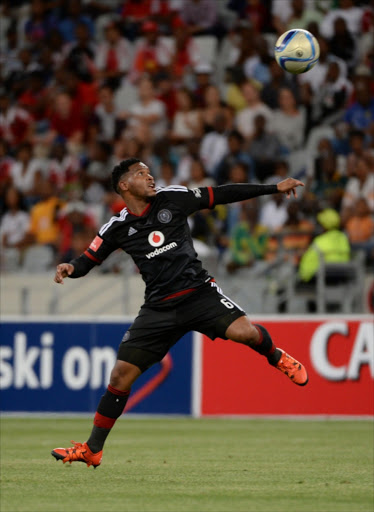 Thandani Ntshumayelo has been banned from football for four years for testing positive for cocaine‚ and his contract has been terminated at Orlando Pirates‚ according to media reports.

The Bucs midfielder has reportedly failed to provide sufficient evidence in mitigation to permit a hearing panel to reduce his sentence.

A statement by the SA Institute for Drug Free Sport (SAIDS) read: “The athlete confessed evidence that he did take three lines of cocaine at a party and that he was influenced by friends to take cocaine and as a result committed a mistake.

It emerged in late July that Ntshumayelo‚ who has played for Pirates since signing for them from SuperSport United in 2012‚ had tested positive for cocaine.

“The verdict was handed down and the player has the right to appeal within a period after he received the decision‚” Galant said.

“The decision was sent to the lawyer at the beginning of this week so the clock ticks on the time that they have. The appeal will be heard if there are valid grounds that an appeal board can be put together to hear the appeal against the four-year sentence.”

The player’s agent‚ Tim Sukazi‚ has conformed that the midfielder with three Bafana Bafana caps has been released from his contract by Pirates.