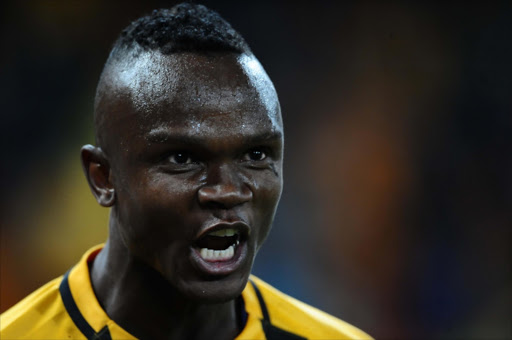 It is future uncertain for some stalwart names at Kaizer Chiefs as they come to grips with being deemed surplus to requirements at Naturena.

There has been a wall of silence around the contract situation of right-back Siboniso Gaxa‚ with no-one from the club or the players’ agency willing to clear up the confusion yet.

Chiefs revealed last October that the player had signed a two-year contract extension to keep him at the club until 2018‚ but this week said they would not be renewing his deal that they claim ends in June.

The club have said only that they will “clear up” the confusion at a later stage‚ but spokesman Vina Maphosa confirmed as far as they were concerned‚ the player was leaving.

Gaxa’s agent Glyn Binkin has referred all queries back to Chiefs and would not elaborate on the situation.

Gaxa was laid low by a knee injury in the closing months of the season but did play on the final day of the campaign in a 2-0 loss to Chippa United that now looks to have been a farewell.

Centre-back Morgan Gould’s situation is more clear-cut with the player’s contract having come to an end and he will leave as a free agent.

Gould made a return to the starting line-up at the tail-end of the season but made only seven starts all campaign and was clearly well down the pecking order for coach Steve Komphela.

At the age of 33 he is reaching veteran status‚ but Times Media understands he is assessing his options in the PSL and is hopeful of one final contract.

He is now fully behind the injury problems that have stunted his career at Naturena after a move from SuperSport United in 2012. Could a reunion with Gavin Hunt at BidVest Wits be on the cards?

Fellow defender Siyanda Xulu is just one year into a five-year contract with Chiefs but has also fallen foul of Komphela after being placed on the transfer list.

Xulu has made just a single appearance since September’s MTN8 final and is said to be devastated by the turn of events.

In a market where teams are loathe to pay transfer fees‚ Xulu may be in for a long wait for suitors if he wants to stay in the PSL‚ although the impending move of Mamelodi Sundowns skipper Ramahlwe Mphahlele to Chiefs could open up a potential return to Chloorkop.

But Times Media understands that the 24-year-old is also attracting interest from Europe. — TMG Digital