Key battle areas for the Boks against the All Blacks 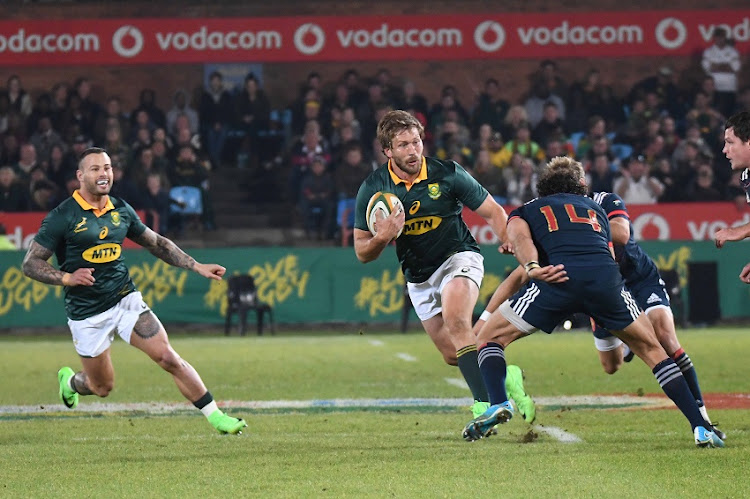 The 98th Test between the All Blacks ad Springboks is going to give an indication of where both sides are just two months from the World Cup.

As well as history and a fierce rivalry that will fuel the players‚ World Cup places and psychological points are on the line making for a fascinating contest. There will be skirmishes and tactical battles everywhere‚ but what are the key areas this weekend?

The fact that the All Blacks have picked Beauden Barrett at fullback and Richie Mo’unga at flyhalf indicates they really wanted to beef up their kicking game. They will have two very strong options to test the Boks’ back three.

Similarly the Boks have the right-footed/left-footed option of Handré Pollard and Willie le Roux. Both scrumhalves – TJ Perenara and Faf de Klerk are also going to test both back threes.

In terms of goal-kicking the addition of Mo’unga gives the All Blacks more consistency. If there is one weakness in Barrett’s game‚ it’s that his goalkicking can go awry at times.

Pollard has been in superb form with the boot this season and in Frans Steyn the Boks have someone who can land a vital penalty from inside his own half late in the game.

New Zealand have two excellent wings under the high ball in Ben Smith and Rieko Ioane and Barrett is no slouch either. His ability to get off the ground ensures that there are no weak links and the Bok kicking game will have to be spot on.

And on attack‚ the idea of those three linking up is terrifying for opponents. The Bok back three doesn’t appear as rock solid under the high ball on paper.

S’bu Nkosi might have been a better choice over Makazole Mapimpi in terms of aerial skills‚ while Cheslin Kolbe’s diminutive stature puts him at an immediate disadvantage if competing aerially with Ioane. Willie le Roux is usually solid but on the odd occasion he can lose concentration.

Like the All Blacks‚ the Bok back three is devastating on attack. Kolbe in particular‚ has the speed‚ skill and confidence to exploit any crack in the NZ defence in broken play.

As always the breakdown will be a vital battleground and in Matt Todd the All Blacks have one of the best in the business. In any other country Todd would have 75 caps by now‚ but the bulk of his career has been spent behind Richie McCaw and Sam Cane – two of the best ever.

Todd won’t come up directly against SA’s openside Kwagga Smith as much as he will against hooker Malcolm Marx and No 8 Duane Vermeulen.

The Boks tend to place less emphasis on one player playing the ball and spread the role between two or three men. Smith will do his share there‚ but his primary role will be a linking one‚ where his speed‚ ball skills and awareness‚ honed in sevens‚ will be better showcased.

Todd will have his hands full and looking at the two sides‚ it’s one area where the Boks can really profit if they are accurate. They have strong carriers who can make gain line metres‚ which will immediately put Todd on the back foot.

The Bok scrum dominated the Wallabies last week and from there they turned the screw. It won’t be as straightforward this week. Expect the two sides to earn little change from each other in the scrums. But the lineouts are critical.

Sam Whitelock is the best organiser of stopping a rolling maul in the game and the giraffe-like Brodie Retallick poaches opposition ball liberally. Malcolm Marx and reserve hooker Bongi Mbonambi are both excellent players but their throwing in has been known to splutter when under pressure.

Whitelock and Retallick will certainly ramp up the pressure on Marx initially. If the All Blacks win this battle‚ they will win the match.