COMMENT: Chumani Booi must crawl before he can walk at Elephants 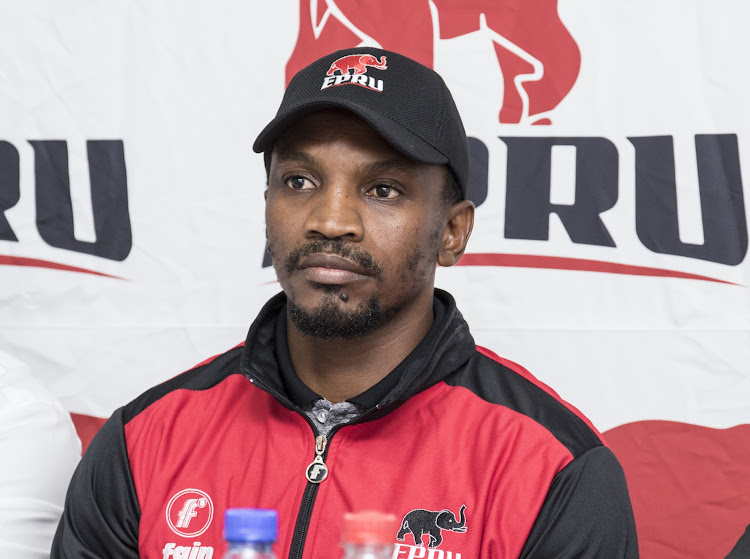 South African rugby needs black coaches to make their mark but significantly‚ they need to be given the right environment and the tools to succeed.

The Eastern Province Elephants weren’t quite in the best playing shape last year. However‚ that was a by-product of the administrative mess that bedevilled the union until recently.

With Chumani Booi now at the coaching helm of the Elephants‚ it’s going to be a matter of patience and perseverance.

He can’t be and shouldn’t be expected to make miracles in his first season.

One has to crawl before they walk and the EP Rugby management should have this in mind in what will be a tricky year for SA Rugby.

Booi‚ a decorated former provincial player and someone who’s made the transition from playing to coaching with relative ease‚ needs to be allowed to make his mistakes and not be hung out to dry.

In an environment where black coaches are few and far between‚ there needs to be an example who’s been invested in and afforded the resources to make the best of their coaching abilities.

It’s often at such levels (SuperSport Challenge and Currie Cup First Division) where coaches really cut their teeth from a technical‚ tactical and man-management perspective.

Booi will be tested in all these facets because the Premier Division does come across as a half-closed door for the lower tier sides.

After all‚ the First Division winners have to face the bottom-placed Premier Division in what is an unfair and archaic practice.

The die‚ though‚ has been cast in that manner for First Division teams who aren’t as well-resourced and‚ at times‚ well-managed as compared to their Premier Division counterparts.

There’s also the skimming of player numbers at provincial level where the impact will be felt biggest by the First Division sides.

In the era of austerity measures‚ First Division coaches will have to make do with what they have.

That’s why the expectation for him to make the final in his first season comes across as unreasonable.

Maybe Booi is up to the challenge of taking EP from the depth of last season to a point where they are more competitive.

If there’s one thing the Eastern Cape region will never run out of‚ it’s quality players.

What they’ve needed is quality coaching and with EP having a better semblance of a professional structure as compared to their regional neighbours‚ Border‚ the Port Elizabeth-based union have something to work with.

The investment in Booi is an important one from a transformation perspective.

The scene is the same‚ if not worse‚ with the Currie Cup Premier Division sides‚ with none of the seven teams campaigning there employing a black head coach.

This isn’t even the devil in the detail but the true coaching landscape of SA rugby. Whether there’ll be change remains to be seen but EP rugby have taken a step in the right direction.

When those fierce winds that are unique to Algoa Bay start to buffet in the way they know best‚ they have to stick with their man.