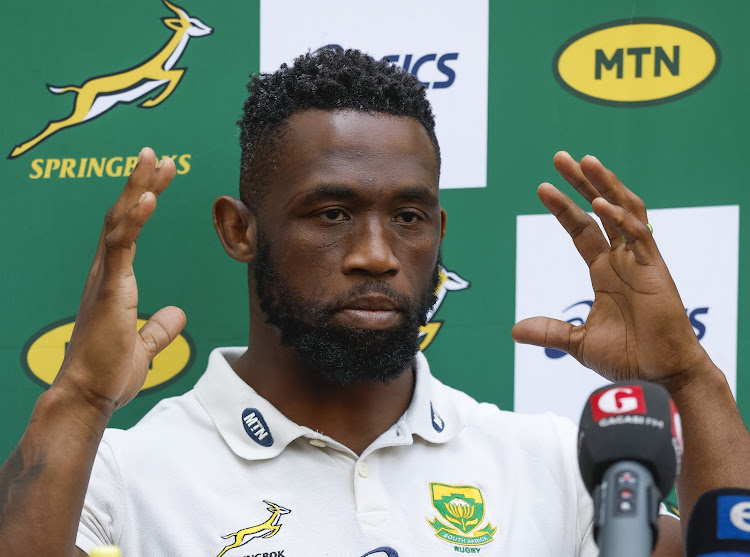 Springbok captain Siya Kolisi is looking forward to playing at Mbombela Stadium where he made his debut in 2013 against Scotland.
Image: Dirk Kotze/Gallo Images)

The last time Siya Kolisi played at the Mbombela Stadium for the Springboks he was a starry-eyed 22-year-old making his international debut in 2013 against Scotland.

He was called into action early in the game to replace an injured Arno Botha after five minutes and he gave an inspired performance, being named man-of-the-match in the Springboks’ 30—17 win.

A lot has changed for the boy from Zwide in Port Elizabeth as he went on to become the Springboks’ first black captain and also led the team to their third Rugby World Cup title in 2019.

Almost a decade on from his debut, Kolisi is back at the venue that has a special place in his heart as the Springboks look to register their first home win over the All Blacks in eight years in their much-anticipated Rugby Championship clash on Saturday.

“It’s been a journey and that was the game I will never forget because it was very special for me,” he said when asked to reflect on his debut nine years ago.

“It’s been a journey with lots of ups and downs but I would not change it for anything. It is a special stadium for me and hopefully I can play as best as I can and hopefully get the win on the day.”

Kolisi said it is important for the team to get the better of the wounded All Blacks and get their Rugby Championship campaign off to a good start.

“The most important thing is that we just want to win at home as this group, because it’s been eight years. It is unbelievable that we have won the World Cup but we haven’t beaten the All Blacks at home in eight years.”

The All Blacks arrived in the country under pressure after back to back defeats to Ireland but Kolisi has cautioned that they can’t be underestimated because they have experienced players.

“It’s going to be tough game for both teams for but I am looking forward to the challenge. Coach Mzwandile Stick said last year we were at the same place where New Zealand are at the moment.

“We lost two games against Australia and the third one against New Zealand and we had to fight and find our way back, it’s a similar thing. It takes a day for people to change the whole team’s mentality.

“That’s why I know they will be up for the game and that’s why we have been focused on what we are going to do and not too much on them and what they have gone through recently.”

A lot has been made about New Zealand’s recent indifferent results after they lost four of their last five Tests, but Springboks lock and senior ...
Sport
1 week ago

The rugby fraternity will come to  a standstill on Saturday at 5.05pm when the Springboks and the All Blacks reignite their rivalry at the Mbombela ...
Sport
1 week ago

It's time to move forward for All Blacks coach Ian Foster.
Sport
1 week ago

Bok pivot Pollard calls for 80-minute performance against All Blacks

Handré Pollard has asked for an 80-minute performance from the Springboks in their Rugby Championship clash against the All Blacks at Mbombela ...
Sport
1 week ago

The oft-used advice about the need to separate the baby from the bath water sprang to mind when All Blacks captain Sam Cane delivered his take on his ...
Sport
1 week ago
Next Article