Will favourites tag weigh our boys down? 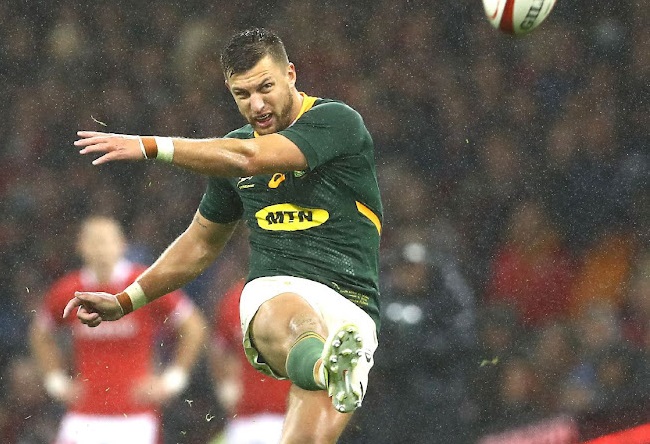 Handre Pollard of South Africa will be in action tomorrow when the Boks face All Blacks. File picture
Image: Kieran McManus/Shutterstock/BackpagePix

The rugby fraternity will come to  a standstill on Saturday at 5.05pm when the Springboks and the All Blacks reignite their rivalry at the Mbombela Stadium to kickstart their Rugby Championship campaigns.

A lot has been said about the state of the teams leading up to this titanic encounter. The Springboks have been given the tag of favourites, while the All Blacks have been branded the wounded giants.

There is truth to the notions that have been put up by the media and rugby fans.

In most instances when these two nations meet the Springboks are often the underdogs and the All Blacks overwhelming favourites. Now, heading into this mini-tour, the roles have changed.

South African fans and media are over the moon. They believe that the Boks will produce a clean sweep. Well, they could be left disappointed.

The thing with the Springboks is they do not deal well with the favourites tag. They give their best performances when they have been written off.

In all three Rugby World Cups the Boks have won, they were never touted to go all the way. In last year's British & Irish Lions series, they came back from being 1-0 down to win the series 2-1. Recently, they took on Wales in an incoming series. The series was even at 1-1 going to the third Test. In the series decider the Boks beat the Dragons 30-14.

Bok flyhalf Handre Pollard explained the attitude when their backs are against the wall, in the docu-series Chasing the Sun.

"When there is no way back and we have to go through every wall in front of us, I think that's when we South Africans are at our best,” said Pollard.

The All Blacks, as the underdogs, have nothing to lose and prove. They could be at their most dangerous.

SA cannot afford to be complacent in the chair of favourites, otherwise they will be in for embarrassing  defeats at the Mbombela Stadium on Saturday and at Ellis Park next weekend