Blommetjies ready to blossom at Stormers 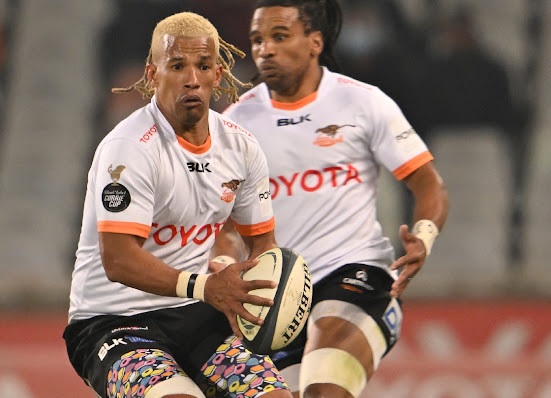 Clayton Blommetjies in action for the Cheetahs. The fullback will join the Stormers on August 1.
Image: Johan Pretorius/Gallo Images

With his move to the Stormers imminent, Cheetahs fullback Clayton Blommetjies says he’s raring to get going as he wants to link up with his new team and entertain the Cape Town faithful.

Blommetjies will officially join the Cape Town-based franchise on August 1. He has signed a two-year deal with the union.

As he's a native from Paarl in the Western Cape, the move to the Stormers is sort of a full-circle moment for Blommetjies. He gets the opportunity to play in the blue and white hoops and live out his boyhood dream. He'll be hoping to emulate Stormers greats such as Breyton Paulse, Gio Aplon and Bryan Habana.

Blommetjies is set to replace Springbok fullback Warrick Gelant who recently joined French side Racing 92. Gelant was instrumental in the Stormers backline in their United Rugby Championship winning season. He formed a great partnership with Damian Willemse and Mannie Libbok.

Blommetjies is the ideal replacement for Gelant as they are of the same playing profile. The 31-year-old can't wait to get started so he can establish himself in the team and understand how Willemse and Libbok play.

"I want to go out there and enjoy my rugby. For me, it's about playing my normal game and fitting into the structure and everything will sort itself out. I'm not looking for big things," said Blommetjies.

"I'm looking forward to the challenge. I know those guys love to throw the ball around; we all come from schools that threw the ball. I just want to go up there and prepare well with those guys and find out what they like.

Stormers head coach John Dobson showed genuine interest in Blommetjies and that was enough to make the dazzling fullback leave his beloved Cheetahs.

"He's a welcoming guy. We did speak on the phone and he said he's looking forward to seeing me play with the guys. On August 1 I'll talk to him and the other coaches. I'm excited to go there and express myself," Blommetjies said.

Sangweni aims to emerge as key player in Lions next season

With the Lions expected to have a long calendar next season, loose forward Sbu Sangweni says he wants to be a big-role player for the union.
Sport
4 weeks ago

Still a lot to build on before tackling All Blacks, says Bok coach Nienaber

Looking ahead to their blockbuster encounters against the All Blacks in the Rugby Championship, Springbok coach Jacques Nienaber has insisted that ...
Sport
1 month ago

Mbonambi ‘humbled’ as he reaches Boks half century

Springbok hooker Bongi Mbonambi says he’s humbled by how far he’s come in his rugby career after getting a 50th cap in his side’s 30-14 victory over ...
Sport
1 month ago

They couldn’t dare make a pig’s ear of the significant occasion for centurion Eben Etzebeth and half-centurion Bongi Mbonambi at this venue where ...
Sport
1 month ago

The Springboks have seen this movie before.
Sport
1 month ago
Next Article