Coach to use SA A matches to monitor stars 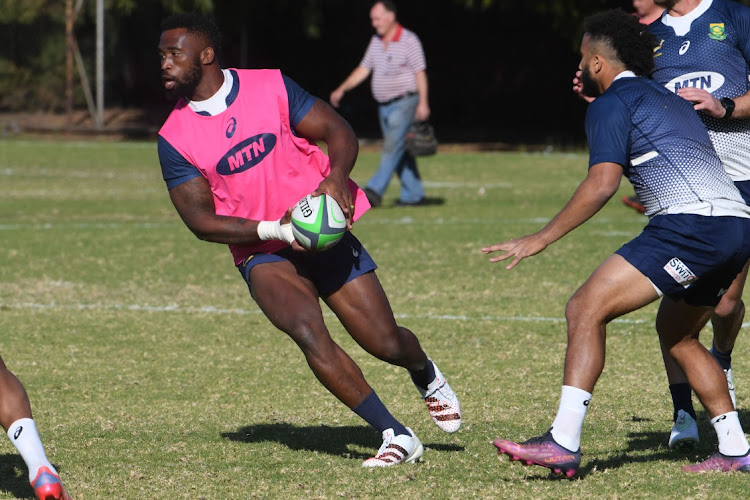 With the international Test season about to get under way, Springbok coach Jacques Nienaber wants to use this window to build depth in his squad in preparation for the 2023 Rugby World Cup in France.

Last year, the only players the Springbok brains trust added to the squad were prop Retshegofaditswe Nché and eighthman Jasper Wiese.

The core of the squad that won the 2019 Rugby World Cup was kept for the Georgia series, the British & Irish Lions tour, the Rugby Championship and the end of the year tour. However, this season there are a lot more new faces in the team who performed well for their clubs.

Nienaber has hinted that there is a plan to give all the players game time this season and to try  experiment using the SA A matches in November against European opposition.

“We have a plan with the players. We've got three SA A games lined up in November that will give us a great opportunity to expand and be creative in terms of team selection,” said Nienaber in a virtual press conference.

“We've got a plan currently worked out for the year where we would like to play players but that plan might change, depending on the results and injuries. You might think a player will play in the SA A matches but then you pick up injuries and suddenly you have to use them in Test matches.

“So, that will be something we will closely monitor. There needs to be a balancing act. If there's an opportunity to expose players to the highest level of international rugby, we'll take it,” Nienaber said.

The Springboks will kick off their season with the incoming three-Test tour of Wales. The opening Test will be on July 2 at Loftus Versfeld.

The Junior Springboks have suffered a massive blow ahead of the U20 Six Nations Summer Series in Italy with Bulls utility back Canan Moodie ruled out ...
Sport
5 days ago

Bulls coach Jake White cryptically pointed to what was beyond his control in explaining his team's 18-13 defeat to the Stormers in the final of the ...
Sport
6 days ago

Stormers coach John Dobson proudly reflected on his team's triumphant journey to the United Rugby Championship (URC) title but admitted he thought it ...
Sport
6 days ago

The Stormers held their nerve and composure in the closing minutes to secure a maiden United Rugby Championship (URC) title against the Bulls by ...
Sport
1 week ago
Next Article