Dayimani and Co have wreaked havoc in the inaugural URC 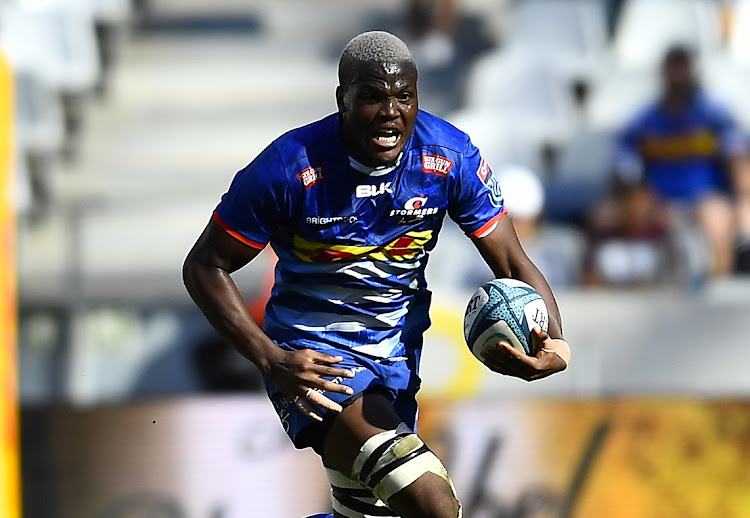 Hacjivah Dayimani has been one of the unsung heroes in the Stormers team this season.
Image: Ashley Vlotman/Gallo Images

The Stormers' transformation from also-rans to a team of contenders in the inaugural United Rugby Championship has puzzled many rugby observers.

They go into Saturday's home semifinal against Ulster with a decent shot at making the final and much of their resurgence this season can be put down to the graft and resourcefulness of their loose forwards.

The seemingly unwieldy combination of Deon Fourie, Hacjivah Dayimani and Evan Roos would not necessarily have instilled fear in the opposition at the start of the season, but there is little doubt they have helped create a point of difference for John Dobson's team.

Fourie, a former hooker, is a ball pilferer whose reputation has only been enhanced this season.The speedy Dayimani has brought a fresh dimension to the Stormers attack, especially in the wider channels where he seamlessly links up with the outside backs, while No 8 Roos has been the talk of the town with his power, athleticism and insatiable work rate making him a cut above.

“You want a balance and you want the guys to present different skills,” explained Stormers forwards coach Rito Hlungwani. “That keeps the opposition guessing. We are quite happy with our loose trio. They are a triple threat. It is something we are quite excited about. We would never put Hacjivah in a box,” said Hlungwani.

The Stormers had to dig deep in Welsh mining country before they came up trumps in the SA conference in the United Rugby Championship (URC) on ...
Sport
2 months ago

Hlungwani explained what sets Dayimani apart. “He is easy to coach. His work ethic is second to none. I enjoy his intellect and sometimes you see it in the game.”

In Roos the Stormers have another tearaway that the opposition has found hard to tame. This week Roos will pit his skills against Ulster who has long time Bok incumbent Duane Vermeulen in the No 8 jersey. Will there be a need to rein their young tyro in this weekend?

Vermeulen after all, is the major impediment in Roos's path to the Bok jersey.

“It is something we consistently encourage, them being themselves,” said Hlungwani. “We want continuous improvement from him. He's still young. The main thing we ask every week is 'can you be better than last week?' His response is always 'yes'.”

Dayimani's versatility has also made him difficult to rein in. He almost found himself as candidate for a shift in the back division last weekend when centre Rikus Pretorius left the field in the fourth minute.

“I was ready for that challenge,” said Dayimani,  a former No 8 who has excelled on the side of the scrum for the Stormers. “I've played 12 for the Lions against the Sharks, I've played wing the Crusaders, I've played 12 in the Currie Cup against Griquas. Sometimes in a game from broken play I'm in the backline. If Dobbo (John Dobson, the coach) looks at me I'm not going to shy away. I'll slot in.”

For a player who was unsettled, the move back home and into the colours of the Stormers was the perfect tonic.

Dayimani trades on confidence, but it is a two-way street.

“They back me out wide. Coaches back me — let me do my thing. If there is a mistake we'll fix it. I can play with freedom,” said Dayimani.

He hasn't just excelled in attack, Dayimani has just about reinvented himself as a shoulder- to-the-wheel loose forward who makes contributions all round.

Stormers keep changes to the minimum

As you'd expect from a team determined to secure a home quarterfinal the Stormers kept their changes to the minimum for their last United Rugby ...
Sport
2 months ago

The Stormers set up a potentially thrilling climax to the league stages in the United Rugby Championship (URC) when they downed Leinster at Cape Town ...
Sport
3 months ago

The Stormers have made a concerted effort to keep their eyes off the major prize as they played themselves into United Rugby Championship (URC) ...
Sport
3 months ago
Next Article