'We played our hearts out,' says Sharks coach Everitt after defeat to Ulster 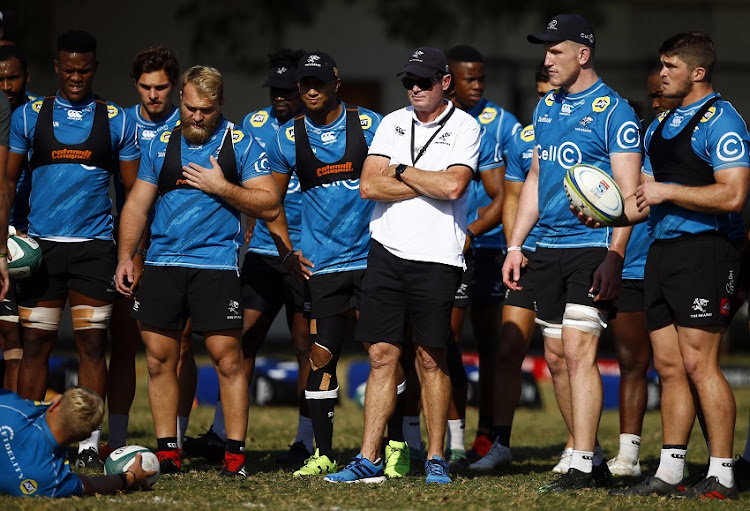 Despite his team looking disjointed for most of their important United Rugby Championship (URC) match against Ulster, Sharks coach Sean Everitt felt his men “played their hearts out” in the loss.

The Sharks, who had already secured a playoff spot, went down 24-21 to Ulster in Belfast, Ireland, to lose their top spot in the SA Shield and put their chances of a home quarterfinal at massive risk despite getting a losing bonus point.

The scoreline might give an impression that the Sharks pushed the Irish club for most of the match, but the truth is that the Durbanites played their hearts out for 18 minutes instead of 80 minutes.

Everitt's side weren’t able to score a point until the 62nd minute when they were 17 down, thanks to an amazing effort from their bench.

Everitt’s men had a poor start to the match as they went to the break down 10 points and didn't start the second half as a side that was on the back foot.

“We are disappointed with the loss. The boys prepared really well for the game, there was a lot of energy on the field, they played their hearts out and left nothing out there,” Everitt said after the game.

“The way they fought back at the end obviously justifies my comments.

“The first half wasn’t a great start for us and defensively at times we weren’t sharp enough and we allowed them to get over the line on two occasions, and score tries that they really didn’t work hard for.”

The Sharks dismally failed to penetrate their hosts' solid defence for three quarters of the match and they were also quite poor when it came to protecting their try line.

“We had our opportunities and played some really good rugby to put ourselves in good positions on the field but unfortunately we lost the breakdown battle there and Ulster put a lot of pressure on us and defended really well,” Everitt said.

“The second half was a different story. The guys played well again and we got good territory, good field positions, we held on to the ball and got some really good reward from some good rugby.

“Probably the best rugby that we played was a ball in hand and credit must go to our bench as they came on and made a huge difference. That’s exactly what we needed.”

The Sharks, who are fourth on the URC log table, now have to wait to find where they are going to play their quarterfinal match and against which side as that is dependent on Saturday’s fixtures.

Munster who will face top-of-the-table Leinster are fifth on the log with 57 points and one point behind the Sharks while the Stormers, who are away to the Scarlets, are sixth and also trail the Sharks by a single point.

The Stormers are playing at 4.10pm while Munster and Leinster are scheduled for 6.15pm.