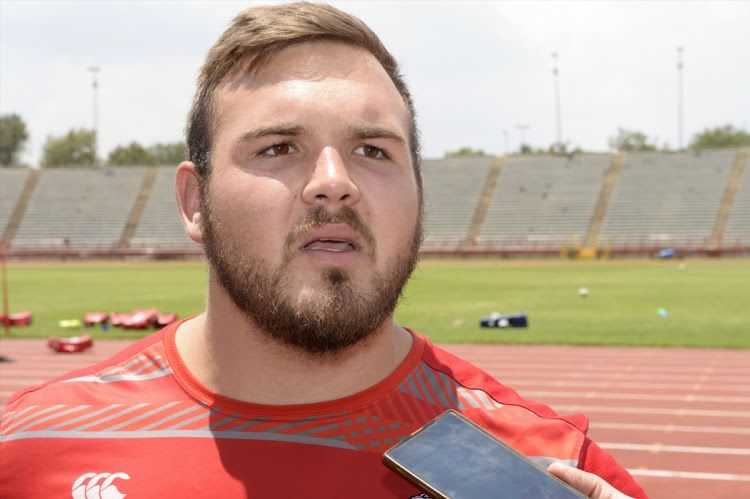 Lions prop Carlu Sadie has signed with the Sharks ahead of next season.
Image: Lee Warren/Gallo Images

After confirming the capture of Vincent Tshituka, the Sharks are expected to soon announce the signing of another Lions star, Carlu Sadie.

The Durban franchise on Monday announced they have boosted their loose-forward stocks with the highly-rated Tshituka, 23, on a three-year deal.

All the new signings are expected to link up with their new teammates in Durban ahead of the new season.

This powerhouse loose-forward has been 🔥 this season with numerous VURC Player of the Match performances to his name. Welcoming the hugely talented Vincent Tshituka to #OurSharks family, as he joins us on a 3-year contract 🔥#OurSharksForever pic.twitter.com/vYRPmPRLW1

TimesLIVE has been reliably informed the Sharks’ big moves in the market will continue this week when they announce tighthead prop Sadie as a new player.

The Belville-born Sadie, 25, began his career at the Stormers/Western Province in 2018 before his move to the Lions a year later. During his time on the Highveld, Sadie also had a stint with French side Stade Francais.

The Sharks’ recent moves in the market come after the news they had lost Springbok wing S’bu Nkosi to the Bulls and talented scrumhalf Sanele Nohamba to the Lions.

While Nohamba has already made his Lions debut, Nkosi will move to Pretoria at the end of the season.

Tshituka, who leaves his younger brother Emmanuel at the Lions, said he was excited about the move.

“I’m looking forward to starting a new chapter in my life and building new relationships with my teammates and most importantly, the fans,” Tshituka said.

The Sharks have secured their URC quarterfinal spot ahead of their final pool game against Ulster in Ireland on Friday May 20.

A victory in Ireland will guarantee the Sharks, who are top of the SA Shield, a home quarterfinal.