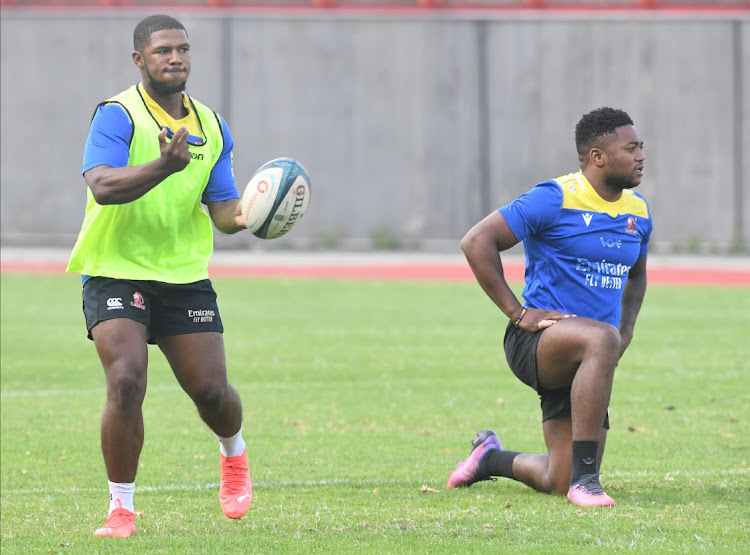 Lions backline and attack coach Ricardo Laubscher wants to see his side return to winning ways when they meet Irish visitors Connacht in the United Rugby Championship on Saturday at Ellis Park.

The Lions were on a four-game winning streak before they were outdone 37-10 by the Sharks. The loss derailed their momentum and aspirations of making the playoffs. The Johannesburg-based franchise is in 12th place in the table and will hope to get maximum points in the last three games to finish higher.

This weekend they take on a Connacht  side that will be travelling to SA for the first time. They are also limping after they were beaten 57-20 by Leinster. The Lions will want to take advantage of Connacht's vulnerability.

“We're looking forward to going out against Connacht and getting back to winning ways. We want to go back to the four games before the Sharks,” said Laubscher.

“The big point for us is to make sure we bounce back. Connacht is a team that plays with a lot of belief, and they work hard for each other. So defensively they come with a 14-plus-one defence.

“We have to find smart ways through our attack and kicking game to put them under pressure. We have to find ways to break them down. We have to go back to our strength and play to our DNA. Hopefully, we can do that and get back to winning ways,” he said.

The Lions will be boosted by the return of captain Burger Odendaal and prop Carlu Sadie as they will have a clean bill of health.

“Burger is back, Carlu played against the Griquas. From an injuries point of view, it's just positive. Everyone is ready to go. With the last few games everyone will be available,” confirmed Laubscher.

Meanwhile, the Blue Bulls will welcome Italian side Benetton Rugby at Loftus Versfeld on Saturday afternoon in what will be a replay of last year's Rainbow Cup final.

The Pretoria outfit is also hoping to return to winning ways after they lost to the Stormers in the north-south derby. However, they know it won't be an easy match against Benetton.

“Going up against Benetton, we know that they are a good team. They won the Rainbow Cup last year and they have all of their international players back now from the Six Nations,” said scrumhalf Zak Burger.

“In this Benetton team, there are about 12 players that were in that Italy team that beat Wales in Cardiff. They are obviously full of confidence now after winning that game. I really think that it’s going to be a very hard battle for us this coming Saturday.”

Deon Fourie's absence will come as a huge blow to a Stormers hoping to secure a seventh straight win at home in the United Rugby Championship against ...
Sport
2 months ago

Something missing in Singapore and Vancouver, admits Blitzboks coach Powell

Six tries against France and a victory over New Zealand in their last two matches at the Canada Sevens in Vancouver, plus an improved finish from ...
Sport
2 months ago

The news that Leinster has left several frontline players at home will ring sweet in the ears of the Sharks and the Stormers but it doesn't mean they ...
Sport
2 months ago

Blitzboks bounce back to finish fifth in Vancouver

After a disappointing 28-17 defeat to Samoa in the Cup quarterfinals of the HSBC Canada Sevens, the Springbok Sevens team bounced back with two ...
Sport
2 months ago
Next Article