Rabz back in Lions squad to face Ospreys 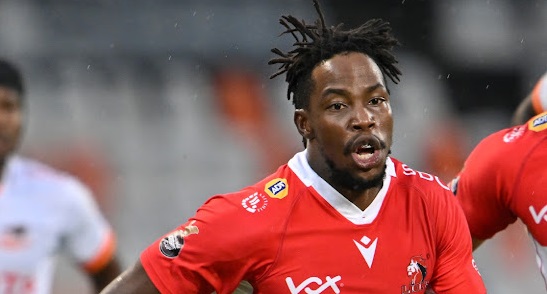 Rabz Maxwane makes a return to the Lions United Rugby Championship team and will start on the wing when they take on Ospreys on Friday at Ellis Park at 7pm.

The prolific try scorer has been on the outskirts of the franchise's flagship team, but an injury to Stean Pienaar in the previous game against Munster and a solid outing in the Currie Cup against the Blue Bulls has seen head coach Ivan van Rooyen put his faith in Maxwane and give him the No 14 jersey.

There's optimism that Maxwane will find the form he showed in the Pro 14 for the Cheetahs. Today's game will be a great platform for the Eastern Cape native to show the Lions what he can do against the northern hemisphere opposition.

“It's an unbelievable opportunity for Rabz. We all know that his finishing passes are up there,” said Van Rooyen on Maxwane's selection.

“Playing against foreign teams that we know are going to kick the ball for the air, fielding that ball, working it into space, finishing... we all know that's what he can do very well, working with the backs and giving information.

“Rabz gets his opportunity, really excited to see what he can do,” Van Rooyen said.

Meanwhile, the Bulls will take on Welsh outfit the Dragons on Saturday at Loftus Versfeld at 7.15pm. The Dragons are expected to welcome their international players back after the conclusion of the Six Nations.

Bulls’ forwards coach Russell Winter is expecting a tough arm-wrestling match if Dragons beef up with their internationals.

“They can be very unpredictable and we don’t want to be complacent at all. We are preparing as normal, trying to make sure that we are ready,” said Winter.

“We don’t want to slip up against them. They will have their international players back after the weekend. We know that their Welsh side lost against Italy, but I’m sure that those guys are really good players.

“The Welsh are passionate rugby players and supporters. They will come here wanting to play very well. We are going to have to make sure that we don’t become complacent in any way or form,” he said.

Lions captain Burger Odendaal believes the crowd will have their part to play when the team sets out to maintain their winning momentum in the United ...
Sport
3 months ago

Cheetahs coach Hawies Fourie is thrilled that the first part of their mission to conquer the Currie Cup has gone according to plan, but insists ...
Sport
3 months ago

A documentary on the inspirational life of SA rugby player Makazole Mapimpi will uplift the world.
Sport
3 months ago

‘Faster than Leon Zas down the wing’, sports teams rush to sell tickets