Stormers in for festive graft

Cape side determined to hit deck running in the new year 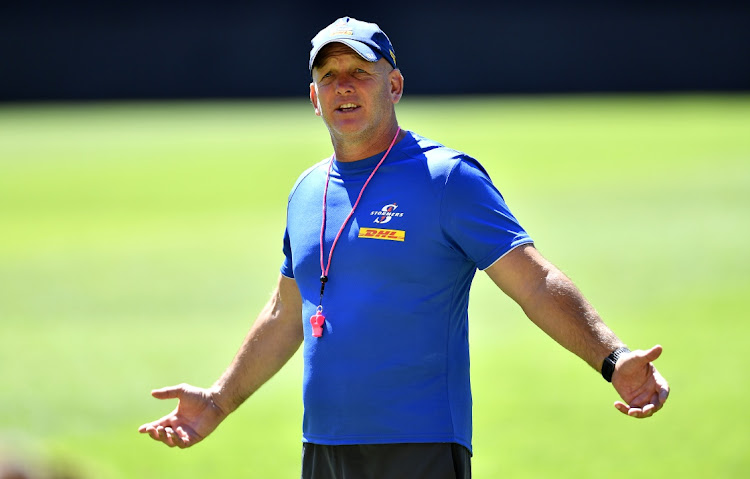 Stormers coach John Dobson is hoping his team will kickstart their URC challenge in the new year.
Image: Thapelo Morebudi

The Stormers ended the year on a distinct low when they lost at home to what was widely said to be SA's weakest entrant in the United Rugby Championship (URC).

That defeat at Cape Town Stadium to the Lions would have been a sobering experience for John Dobson and his team, but they are unlikely to dwell on a defeat that was preceded by extraordinary challenges.

“That was definitely not the way we wanted to end the year. It was obviously very challenging times with the uncertainty around the match, the last-minute disruptions to the team and the Covid-19 issues we had in the squad, which meant we could not train as we would have liked to in the week,” said Dobson.

He told the Stormers' website the festive period will be one in which the team will put shoulder to the wheel as they hope to hit the deck running in the new year.

“Everyone is determined to get back to playing rugby the faithful can be proud of and building on the promising signs we showed on our tour. We will be working very hard after the break to ensure we are at our best when the competition starts again.”

Dobson had previously lamented a dearth in game time for some fringe players in his squad. The lack of a provincial competition in the last few months and long term effects of the pandemic have conspired against some of his players. The coach, however, can look forward to deploying them on two fronts from next month when the URC and the Currie Cup will be running concurrently.

“There are many players in our system who have lacked game time over the past two years, with only one team playing at a time. With both squads in full competition mode, we will be able to have a close look at how everyone is performing under pressure, which should lift the standards across the board,” said Dobson.

For that to happen he will have to be in sync with new WP coach Jerome Paarwater.

“Every player in our squad will want to do the blue-and-white hoops proud in the Currie Cup, but they will also be pushing hard for an opportunity with the Stormers, so there will be no lack of motivation.

“It will be important for the two coaching teams to work together to ensure t we are all singing off the same sheet and if players do move between teams there is a seamless transition,” he said.

The Stormers are supposed to resume their URC commitments with an away clash against Connacht on January 8, while WP will kick off their Currie Cup commitments a week later against the Lions.

Currie Cup will start next month

The Carling Currie Cup has been confirmed to start next month with a seven team Premier Division.
Sport
1 month ago

Springbok stars Siya Kolisi, Eben Etzebeth, Lukhanyo Am, Makazole Mapimpi and Malcolm Marx have been named in the World Rugby Dream Team of the Year.
Sport
1 month ago