World Rugby likely to give Rennie something to digest

Rugby authorities back their officials after contentious Cardiff clash 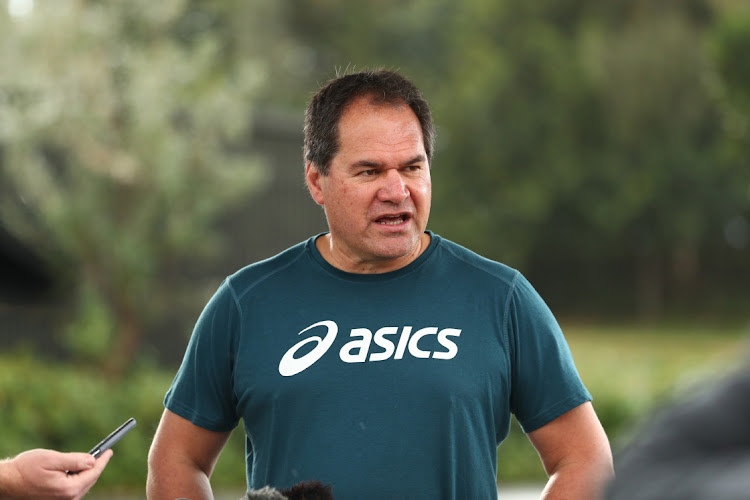 The plot has thickened in the Dave Rennie post-match ref rant, with World Rugby rejecting the coach's complaints after the Wallabies' clash with Wales.

Rennie lambasted officials after Wales' dramatic last-gasp 29-28 victory at the Principality Stadium in Cardiff on Saturday, calling the officiating “horrendous”.

In their post-match analysis, World Rugby, TimesLIVE has reliably learnt, backed decisions made by match officials.

This may put Rennie in even sharper focus of the game's lawmakers after his stinging rebuke of the officials in the wake off his team's third straight defeat on their northern hemisphere tour.

Parallels are being drawn between his actions and that of SA Rugby Union (Saru) director of rugby Rassie Erasmus, who was last week banned from all rugby for two months and from team activities until the end of next September after his lengthy video in which he criticised match officials during the British & Irish Lions tour earlier this year.

The news that World Rugby backed the decisions made by officials last weekend will amplify the chorus of those demanding the book be thrown at Rennie as it was at Erasmus.

Even before the Erasmus saga, Rennie's pronouncements would have been deemed offside by the game's custodians.

Like Erasmus, Rennie's criticism came as an act of exasperation. He made the point that in 20 years of coaching he had not criticised officials, but he believed his team was also hard done by two weekends earlier at Murrayfield in Scotland. In that match an error from television match official Marius Jonker, who was also screen-watching in Cardiff, proved costly in their narrow defeat.

“Marius’ decision a couple of weeks ago decided the game, and yet he was appointed again. There isn’t any accountability around guys who are making errors that are deciding Test matches. The reason the TMO was brought into the game was to get the right decision.”

“Everyone’s accountable – or they should be. We’re accountable as players and coaches and we’ve got to make sure officials are also accountable.”

On suggestions that he was likely to be sanctioned, the seasoned coach said: “No doubt, but how do I support our team? By biting my lip again and us getting apologies during the week?”

Rennie is likely to be in the dock given World Rugby's low tolerance threshold for criticism of their officials. Injured England wing Anthony Watson was this week handed a suspended one-week ban after a tweet in which he questioned the sending off of a Bath teammate.

“Here we go again. Where is he supposed to wrap?! Absurd decision”, wrote Watson, who has also been instructed to deliver a presentation to his Bath teammates and academy players on the use of social media.

World Rugby is yet to indicate if any action will be taken against Rennie.