Bok captain Kolisi: 'It has been a year with ups and downs' 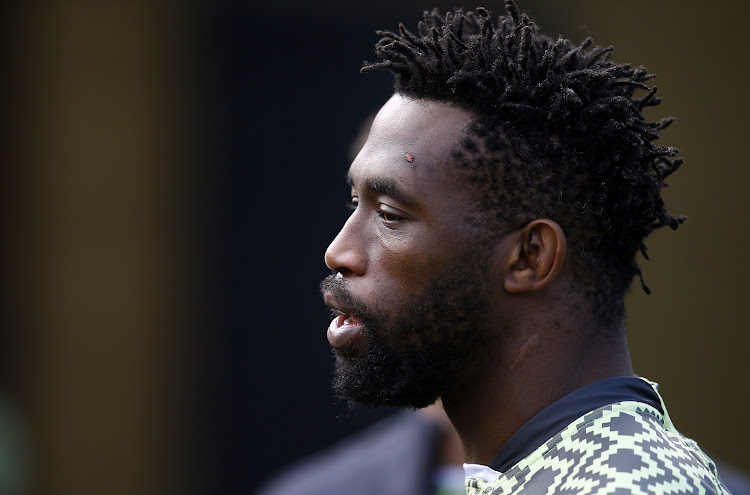 Springbok captain Siya Kolisi has stopped well short of hanging the success or failure of their international season on what transpires on their end-of-year tour to the UK.

The Springboks kick off their tour in the Principality Stadium against Wales on Saturday hoping to still be buoyed by their win over the All Blacks at the back end of the Rugby Championship.

That, however, was preceded by consecutive defeats to the Wallabies and a loss to the All Blacks, but they did win their long-awaited Test series against the British & Irish Lions 2-1 in August.

“It has been a year with ups and downs,” conceded Kolisi. “We take confidence from our last game but we know this is a different challenge. We are really focused on this one game against Wales because they need all our attention.”

Wales certainly will. They are the Six Nations champions and have beaten the Boks on their last four visits to Cardiff. They also beat the Boks in Washington in Rassie Erasmus' first game in charge in 2018 but, significantly, they lost the one that mattered in the semifinal of the Rugby World Cup the year after.

Kolisi stressed the importance of starting this tour, which also has stops in Edinburgh and London, on a sound footing.

“We want to build momentum going forward as a team and make sure we finish the year strong. This is an important tour for us but this game is probably our most important,” he said.

Wales' recent record in the Principality Stadium against the Springboks has made them many pundits' favourites. Their virtues are also recognised in the Bok camp.

“They will probably be the favourites on their home ground. They are tough to play here. The conditions are tough,” said assistant coach Mzwandile Stick.

He said if the Boks want to meet success against a team with a similar playing style they have to capitalise on their opportunities. “We must convert our opportunities. We must be able to bury them.”

Stick defended the team's selection, stressing that the best available team was assembled for the occasion. There is the school of thought Aphelele Fassi should have been given a crack, given Willie le Roux's absence from the match day 23.

“You can't underestimate Wales given where they are on the log (ninth on World Rugby's rankings). The world rankings doesn't mean a lot to us (in that respect). The last time we beat them here was 2013 so we can't underestimate them,” Stick reminded.

Though Wales are beset by injury with experienced campaigners like lock Alun Wyn Jones, No.8 Taulupe Faletau, wing George North, flank Josh Navidi and loose forward Ross Moriarty all sidelined, they were still able to select a potent team.

The measure of their depth is reflected in the fact that prop Wyn Jones, scrumhalf Gareth Davies and fullback Liam Williams could only get spots on the bench.