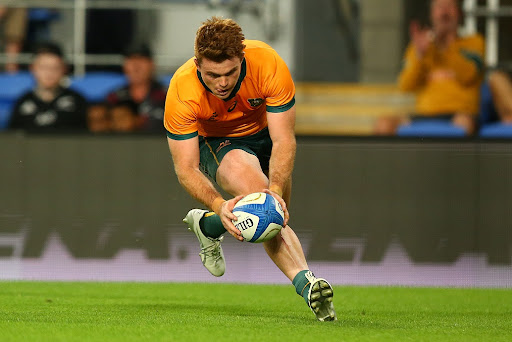 In-form winger Andrew Kellaway grabbed a hat-trick of tries as Australia rounded out their Rugby Championship campaign with a comfortable 32-17 win over Argentina on the Gold Coast on Saturday.

Kellaway’s three tries took his season tally to eight, while Folau Fainga’a and Samu Kerevi also crossed to help the Wallabies rack up four straight wins for the first time in the southern hemisphere competition.

Replacement prop Thomas Gallo scored two consolation tries for the Argentines in the final quarter, but the Pumas will return home after a long and arduous tour without a win from their six matches in the championship.

The bonus-point victory ensured the Wallabies would finish second in the championship behind New Zealand, who have already secured the title and later face world champions SA in the final match of the competition at the same stadium.