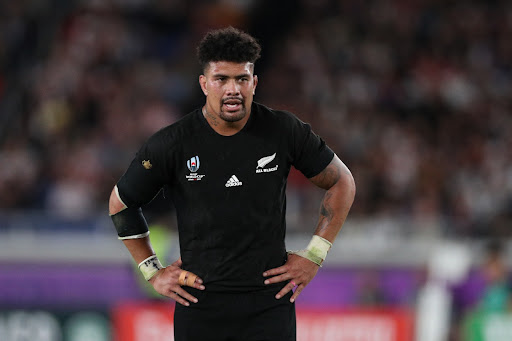 Ardie Savea is the captain for the All Blacks of New Zealand.
Image: GETTY IMAGES

All Blacks captain Ardie Savea says it is scary to think what the under-fire Springboks will bring to the contest when the southern hemisphere superpowers meet for the 100th time on Saturday.

World champions South Africa go into the Rugby Championship test at Townsville's North Queensland Stadium on the back of successive losses to Australia and having just lost the world number one ranking to New Zealand.

"Regardless of previous results, when the two nations collide, it's a big one," Savea told reporters on Friday.

"They're under pressure with the previous results they've had, under pressure back home in their own country and when you say it like that, it's a scary thought.

"In the 100th test match, we can expect what the Springboks are going to come and do, and we've acknowledged that. We've tried to just think about ourselves and at the same time have at the back of our minds what's to come."

The hulking loose forward said he was unable to feel his body the day after his first encounter with the Springboks in 2016 and expects no less of a physical test on Saturday.

"The All Blacks against the Springboks is one of the most iconic test matches ever played in rugby," he added.

"We all know what the South Africans are like and how they play. They're very big, physical men and they just want to dominate. So, it's an exciting challenge and it's something I hope I'm ready for."

While New Zealand could wrap up the Rugby Championship title with a victory on Saturday, Savea suggested that there was much more on the line than that.

"There's obviously been a lot of hype around this being the 100th test match and us being number one," Savea said.

"For us, this is how we measure ourselves, against the Springboks, because they are world champions."