Wiese citing dismissed, but comes too late for selection in the Boks' showdown against All Blacks 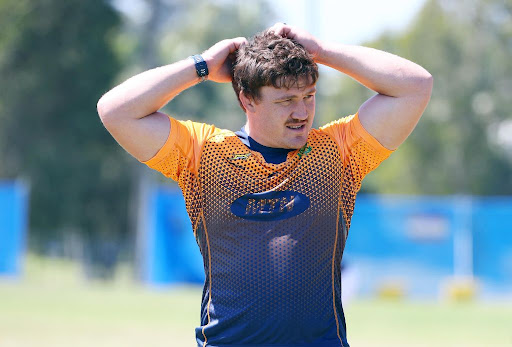 SA loose forward Jasper Wiese has been found not guilty of foul play after being cited following the 30-17 Rugby Championship defeat to Australia at the weekend, but will not feature against New Zealand on Saturday.

Wiese, who was yellow carded late in the game in Brisbane for an illegal clear-out of Samu Kerevi, had already been left out of the Springbok line-up for the clash against the All Blacks at Townsville because his disciplinary hearing was delayed for unspecified reasons by SANZAAR.

Springbok coach Jacques Nienaber said earlier on Tuesday the number eight would not be selected while there was uncertainty over the outcome of his hearing, and expressed frustration that the matter had dragged past Monday with no explanation.

The SANZAAR hearing found Wiese had “not committed an act of foul play worthy of the red card threshold”, but agreed the referee was right to have sent him to the sin bin.