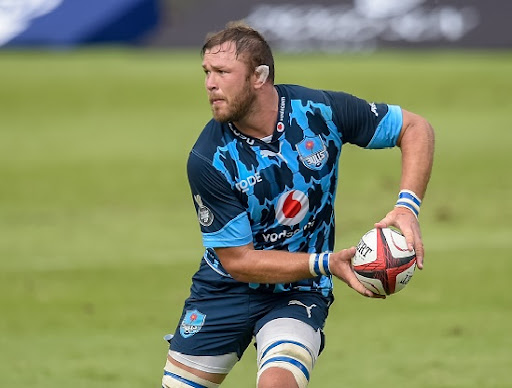 Duane Vermeulen of the Bulls during the Currie Cup final against the Sharks at Loftus Versfeld on January 30 2021.
Image: Christiaan Kotze/Gallo Images

The Bulls have confirmed the surprise departure of Springbok loose-forward Duane Vermeulen to Irish side Ulster Rugby.

The 35-year-old joined the Bulls in 2020 and had an immediate impact at Loftus as he led the Tshwane-based side to the Currie Cup title and was also instrumental in the journey to the final of the 2020-21 United Rugby Championship.

Vermeulen, currently representing the Springboks in the Rugby Championship in Australia and who was named player of the match in the 2019 World Cup final against England, will join Ulster at the conclusion of the year-end Test matches.

Reacting to the news, Bulls director of rugby Jake White said Vermeulen's departure was a loss to the franchise.

“We are sad to see Duane leaving the Bulls. He has been a key figure in our set-up since his arrival in 2020 and his influence, both on and off the field, has been immense. We wish him the very best at Ulster Rugby,” White said.

Ulster head coach Dan McFarland said he was excited to have signed a player of such stature.

“Duane is clearly a world-class player who, as the current world champions’ starting No 8 and MVP from the last World Cup final, is set to bring depth and experience to our really talented group of back-rowers.

“As well as being an undeniable talent on the pitch, I know Duane will play an important role in strengthening the winning mindset we are building as a squad.

“I would also like to take this opportunity to recognise Bryn Cunningham’s brilliant work in orchestrating this deal from start to finish. It was always going to be a difficult ask to find a difference-making No 8 but Bryn has definitely achieved that.”

Vermeulen said he is looking forward to opening a new chapter in his career.

“Ulster and I had detailed discussions about the club’s values, expectations and the potential role I can play,” the player said. “It appealed and resonated with me to a point where I got very excited and decided to commit myself to this Ulster journey. I cannot wait to become part of the Ulster family and to serve as best I can.”

Vermeulen made his first appearance for the Springboks since the 2019 World Cup final when SA resumed their Rugby Championship campaign last weekend against Australia at the CBUS Super Stadium in Gold Coast.

He is one of the many players who kept their places in the Bok starting line-up for the second match against the Wallabies on Saturday, where SA will be looking to return to winning ways.