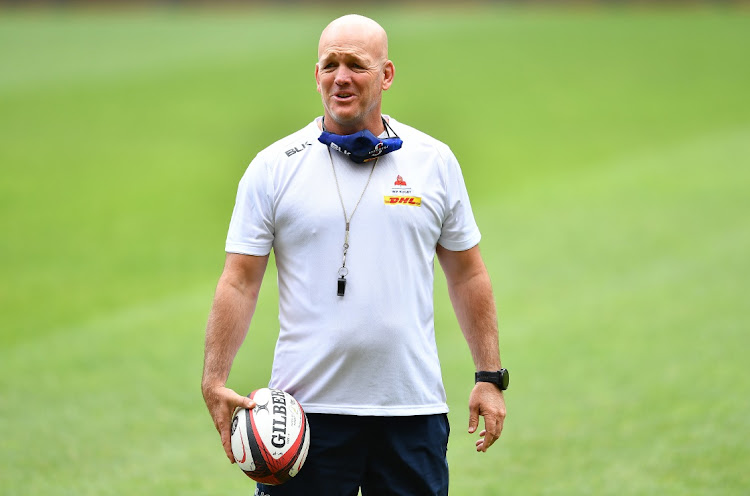 Western Province travelled to Loftus a little light in their engine room and their bid to reach the Currie Cup final duly stalled on Friday night.

Visiting teams usually face an uphill battle in Pretoria but what WP were exposed to in the opening minutes was close to capital punishment as the Blue Bulls eventually surged to a 48-31 semifinal win.

“The damage was done in those first nine, 10 minutes 17-0 down,” admitted WP coach John Dobson. “I think that was the winning margin in the end, wasn't it. The Bulls just physically overwhelmed us at the start of the game.

“We knew their runners off nine would be big and mean and they took the game away from us and we were in trouble for the rest of the game.

“Absolute credit to them. A really big, well-drilled physical team. We were well beaten,” conceded Dobson.

We were well beaten

What further undermined their cause was Western Province's haphazard adherence to the basics, while their set pieces were fraught. They never really came to grips with the challenge in the scrums, while the Bulls had too many options and answers at the line-out.

To compound matters, as Dobson later admitted, they struggled with the law interpretation at the breakdown.

Though his players, most notably the always alert Edwill van der Merwe, did well not to drop their bundle after the initial Bulls onslaught, Dobson will have cause to reflect on what might have been.

What he has no regrets over is his team selection. With more proficient backrowers at lock the visitors were always going to be candidates for victims in a stampede.

Players on the mend like Salmaan Moerat and Evan Roos might have provided WP more steel up front but Dobson opted for a cautious approach. “1,000 percent,” he said when asked whether leaving them out was the right decision.

“None of them were cleared medically. That doesn't make it my decision. Salmaan wasn't quite ready. Do you think pushing Salmaan who came off an operation to his neck first into a game like this is the responsible thing to do? Absolutely not. Evan risks a eight to 12-month injury for a kid who is only 21 years old.

“What we did choose, they tried hard. The weight difference at lock was quite substantial. There is no-one I could have put on the field with a clear conscience without the risk of injury,” explained the coach.

Having bowed out of the Currie Cup, Dobson can now shift his attention to the United Rugby Championship that kicks off in a fortnight.

Not having a match next week perhaps serves that purpose better. “We'll have Roos, Moerat, possibly (JD) Schickerling, (Warrick) Gelant back, so the extra week will make a massive difference to us. I would have been worried about our squad depth if we got into a final and then had to travel to Italy. So there is a silver lining.”

There is a silver lining

WP will also bolster the squad with new acquisitions set to be announced in the week.

As far as the Currie Cup final at Loftus is concerned, he believes beating the Bulls there will take some doing. “It will take an exceptional performance. They are really well drilled. The size, the depth. It (Loftus) is a fortress and it is a tough place to play.”