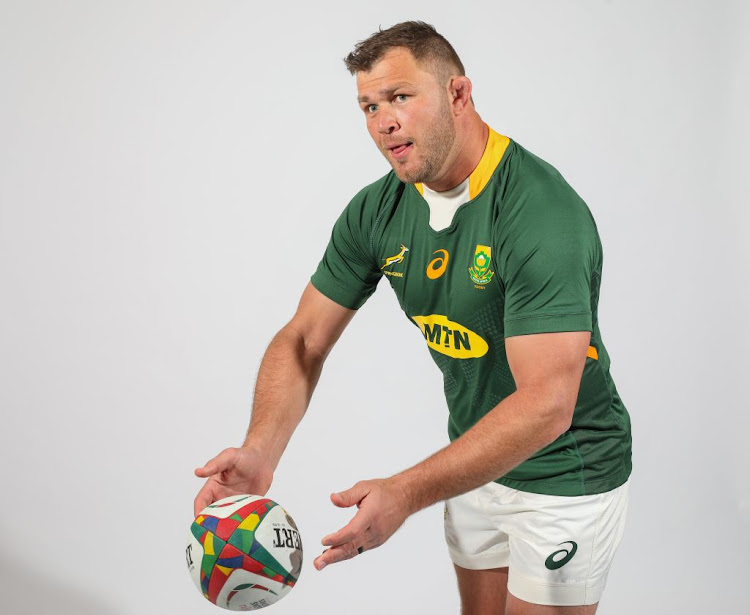 Bok hardman Duane Vermeulen could be lining up for the Boks at the RWC in 2023.
Image: Gallo Images

The series against the British & Irish Lions was supposed to be his swansong but for Duane Vermeulen, the Fat Lady has barely cleared her throat.

Vermeulen, of course, was conspicuous by his absence in the Lions series due to an ankle injury, which has given one of the talismanic figures of the Springboks' 2019 Rugby World Cup (RWC) success the opportunity to rethink the moment he will ride into the sunset.

“I'm here,” Vermeulen said with a broad grin from Queensland where the Springboks are in quarantine in preparation for the remainder of the Rugby Championship. He has recovered from the injury and will likely see action when the Boks tackle the Wallabies Sunday week.

“You'll keep on pushing for as long as you can until you can't keep up any more,” said the 35-year-old.

Ever the team man, Vermeulen was keen to point out he has no intention of overstaying his welcome and that his continued presence in the Bok set-up has to be predicated on performance and form.

“I have spoken to Jacques [Nienaber, the Bok coach]. I said I'll try to give my best and I'll play my part in the squad. If he sees I'm not pulling my weight or if I'm slacking in a way, where I can't keep up with the pace of the game, then they need to have a sit down with me saying, maybe my time has come and gone. Obviously I'm still pushing, trying my best to run out and play alongside my teammates and represent your country the best you can.

With the RWC in France about two years away, careful management of Vermeulen's workload will be required should he feature in the Boks' plans for the defence of their title.

Paradoxically perhaps, his absence from the bruising series against the Lions has extended his career. Still, it was a bucket list item that escaped him after an untimely ankle operation.

“My injury was a bit more severe than everyone else thought,” Vermeulen revealed. “I was hoping to get back for the first Test against the Lions but unfortunately I wasn't ready.

“In training I went to Jacques and told him I'm going to drop the team if I made it onto the field. That was the right decision at that stage.

“I had to make sure I healed up completely and be ready and fit for the following games. Obviously it is difficult to sit on the sidelines. By running water you can get into the coach's head and you can be that extra voice for the coaches on the field. You can give some pointers to the guys, where to play, what to do. Given what we see from the outside. It was a nice way of coming back into the squad.”

He has had to make peace with missing out on the Lions series, the process perhaps soothed by his proximity to the Boks' triumph.

“It was tough missing out on the Lions. It was the last bucket-list tick that I wanted to be part of. I was part of the squad and was lucky enough to be next to the field and the players when they played the last game.

“The transition going into being water boy got you pumped up to play the game. That helped me a lot.”