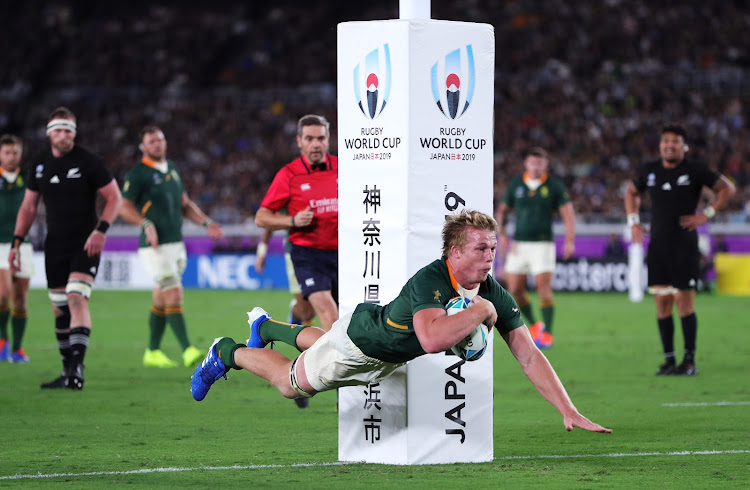 Springboks coach Jacques Nienaber has hinted that colossal loose forward Pieter-Steph du Toit's season may be over after he underwent shoulder surgery on Monday.

Nienaber was not in a position to give a time frame on Du Toit’s expected return but indications are that he will be out for the rest of the year in what is set to be a massive blow to the Boks in the Rugby Championship‚ and in the end-of-year tour.

Du Toit was substituted early in the second Test against the British and Irish Lions and was replaced by Franco Mostert in the deciding match last weekend where the Boks secured the 2-1 series win.

“I would be lying if I put a time frame on his return because I am not sure‚” said Nienaber on Tuesday as he announced his squad for the opening match of the Rugby Championship against Argentina at the Nelson Mandela Bay Stadium in Gqeberha on Saturday.

“Pieter-Steph had surgery on Monday‚ I spoke to him briefly and he said it went well. I think he’s going to be out for some time because it is a shoulder surgery. I am not 100 percent sure when he will return. He texted me on Monday evening and I spoke to him on Tuesday morning to check how he is doing.

“He said to me after the game on Saturday that he is going in for the operation. We had a quick chat on Sunday and he said 'congratulations to the boys for winning the series against the Lions' and we also spoke about the contribution he made in the two Tests when he was available.”

Nienaber also gave an update on veteran number eight Duane Vermeulen and said he is making progress on his rehabilitation after he went under the knife following a knee injury last month.

“He did the majority of training last week and he is training with us this week‚ but we won’t push him at all. Together with a guy like Faf du Plessis‚ we will wait until they are medically cleared before we give them a go.”