Can the Bok's Bomb Squad deliver the intended destruction in the second Test against the British & Irish Lions? 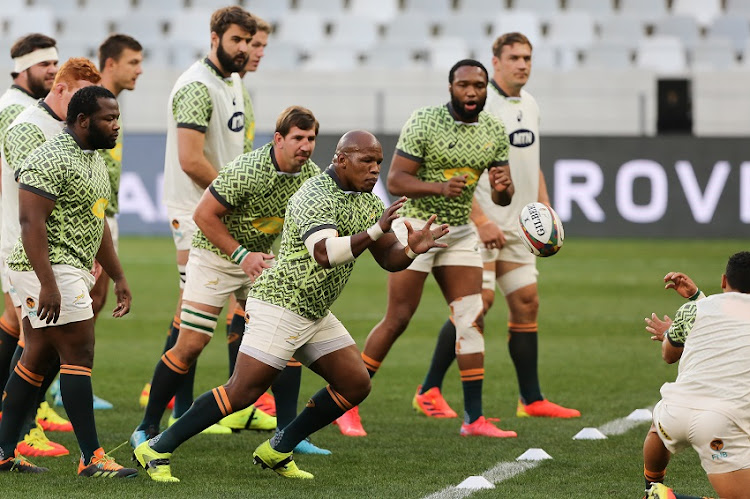 The Springboks' famed and feared Bomb Squad returns for this Saturday's must win second Test against the British & Irish Lions in Cape Town, but there are lingering questions about whether they still possess as much boom, and indeed bang!

The Bomb Squad that was deployed at the Rugby World Cup in 2019 was a fine-tuned machine by the time the eventual champions lined up to play England in the final.

Physically the team was in fine fettle and had been forged over 19 grinding weeks of strategising, training and combat. They were imperious.

Roles were clearly defined and no one could be in doubt about the next step and where they fit in, in the overall scheme of things.

What sets the original Bomb Squad apart from the current iteration is the high level of match readiness the 2019 vintage possessed.

The pandemic has robbed many players match fitness and the shortfall in game time is accentuated in a series where everything happens at breakneck speed and the collisions are furiously ferocious.

In last weekend's first Test defeat it was clear the Springbok pack could not summon their first half effort in the second.

It meant once some of the substitutions were made the Lions got a foothold and never looked back.

Seeking greater grunt from the forwards across the duration of the match is what the Boks planners are seeking this weekend.

Much like when it originated, the Bomb Squad was partly borne of necessity in 2109. Having lost to the All Blacks in their opening game in Yokohama the Springboks could not afford another slip, certainly not against Italy who was the next most likely team to qualify from their group.

The Springboks needed to show their forward dominance but they could not lose sight of their clash against Canada four days later.

“We are actually spreading the load,” then coach Rassie Erasmus said at the time. “When we look at the stats the forwards have been doing the taxing stuff. By picking almost two full packs we will spread the load more and that will help us in the next four-day turn around.”

Of course the Bomb Squad took off and left a path of destruction en route to the Springboks' RWC success.

The Bomb Squad has been reprised, but do the current crop have the same amount of explosive energy?

Two of the squad that did duty in the RWC final are now in the starting line-up. Steven Kitshoff and Franco Mostert are now starters, in the absence of Tendai Mtawarira who has retired, while Lood de Jager who is being nursed back to full fitness, now occupies a spot on the bench.

By the time the Boks played Italy at the RWC, De Jager had played his way into the starting team. He was one of the stars at the RWC but shoulder dislocation and an ankle injury have reduced him to bystander status for much of the last 20-months.

He is still finding his way back, as, is perhaps the rest of his team.

The original Bomb Squad was built on the tenet that those on the bench were perhaps unlucky not to start. The same can't be said of the Class of '21.