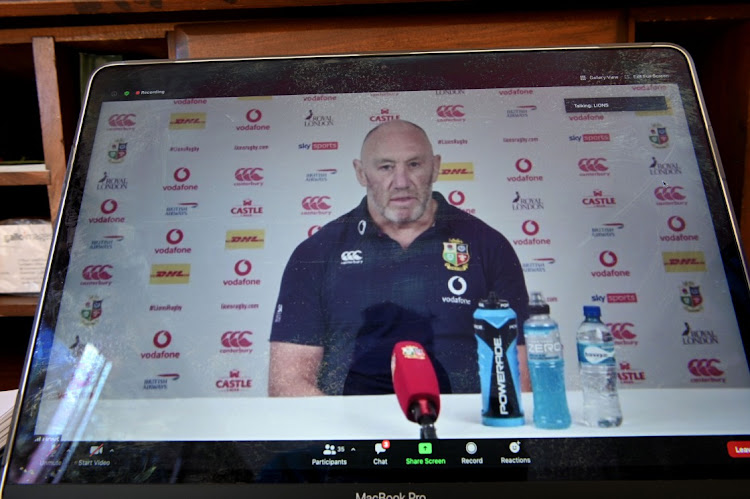 British & Irish Lions assistant coach Robin McBryde believes World Rugby showed a lack of thorough planning after the appointment of SA's Marius Jonker as the Television Match Official (TMO) for the first test against the Springboks.

Jonker is a late replacement for New Zealander Brendon Pickerill, who did not travel for the game due to the Covid-19 pandemic, in Saturday's first test of the three-match series.

Jonker was criticised by Lions head coach Warren Gatland after the latter felt he had missed a potential red card for Bok scrumhalf Faf de Klerk in the 17-13 loss to South Africa ‘A’ last week.

McBryde believes World Rugby should have had a contingency in place should one of the neutral match officials be unavailable for any of the tests.

"It was unexpected, we only found out on Wednesday," McBryde told reporters. He added "there is a slight lack of foresight" since the neutrality of the TMO position is so important. "There was not a Plan B put in place. But we have to get on with it."

World Rugby did not immediately respond to a Reuters request for comment on Jonker's appointment.

McBryde added that the Lions coaching staff had a fruitful meeting with the on-field match officials, Australian referee Nic Berry and his assistants Ben O'Keeffe from New Zealand and Frenchman Mathieu Raynal.

"We met the three officials and went through everything that has happened to date (on the tour). They were reluctant to pass an opinion, but they are aware of it and they are confident they can come to the right decisions.

"The TMO’s say is pretty final, and so it is an important position. But I’m sure there will be no issues at the weekend. The impression I got is that they want to move on and they trust in their own communication and understanding."

McBryde added the match officials have assured the Lions they have done their homework on the likely flashpoints in the game, which are the scrum and the Boks’ potent driving maul.

"They have done their analysis on certain individuals from both teams. They have told us to trust them that they are ready for the weekend."

While the Springboks will largely try and revert to the fit-and-able among their tried and tested in their selections‚ the British & Irish Lions will ...
Sport
4 months ago

Few can call into question Bongi Mbonambi's appetite for confrontation.
Sport
4 months ago

The Springboks and British & Irish Lions head to Saturday's weekend's kick-off of the Test series with some teasing questions around their respective ...
Sport
4 months ago
Next Article