Lions to have another bite at the Sharks

Surge in Covid cases causes Bulls to pull out of friendly 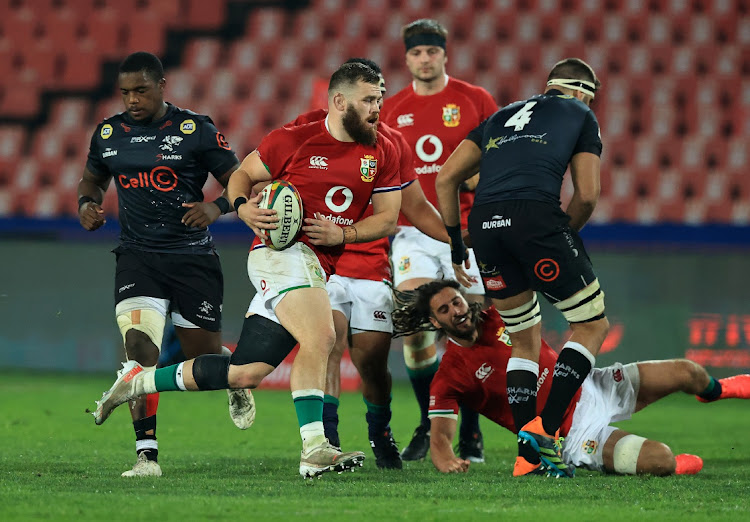 Luke Cowan-Dickie of the Lions runs with the ball during the match between the Cell C Sharks and the British and Irish Lions.
Image: David Rogers

The British & Irish Lions will play back-to-back matches against SA’s Sharks to replace the postponed fixture against the Bulls, who have been hit hard by Covid-19.

The Lions beat the Sharks 54-7 in Johannesburg on Wednesday and will now play them again tomorrow at Loftus Versfeld in Pretoria, where they had been originally fixtured to take on the Currie Cup champions.

Several positive Covid cases in the Bulls camp at the start of the week led to the postponement of the match because the Bulls were unable to field a team.

“The Lions are here to play rugby, not sit in biosecure environments, so we have had to be nimble to find a replacement opponent,” said SA Rugby CEO Jurie Roux in a statement.

“The choice of the Sharks was dictated by the fact that they have been in a bubble, have returned negative tests throughout and were prepared to take on the fixture.

“No other team in the country could meet those conditions right now – without going into a five-day lockdown. It is not an ideal situation, but Covid-19 has made sure that we do not live in an ideal world.”

The Sharks were to play tomorrow, anyway, against the Gauteng Lions in a Currie Cup fixture but that has been postponed to a later date.

The touring Lions were doubtful for Wednesday’s match until about two hours before kickoff after two positive cases in their camp. They have 12 players and staff in self-isolation and were due for further testing yesterday and today.

“The results of those tests will determine whether we will be able fulfil this fixture but, as it stands, we are optimistic,” said Lions MD Ben Calveley. – Reuters

Enforced late changes did little to break the stride of the British & Irish Lions who marched to their second consecutive win on their tour of South ...
Sport
5 months ago

British Lions tour match off due to Covid-19 outbreak in Springboks, Bulls camps