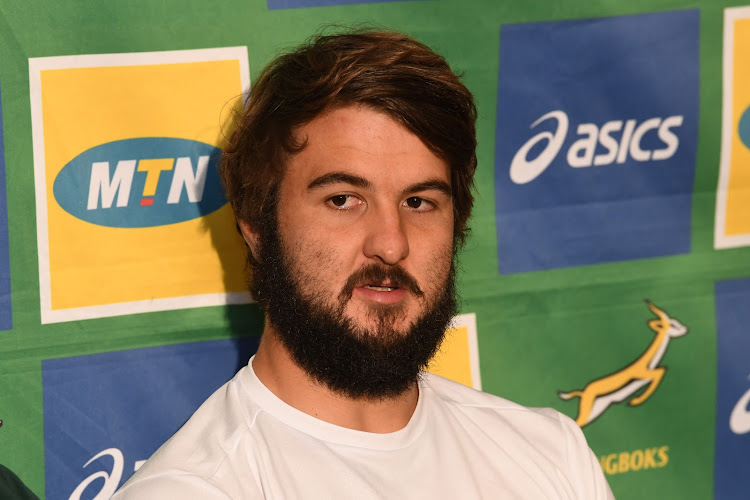 SA cancelled training yesterday and went into isolation after another positive Covid-19 test, putting in jeopardy their test on Friday against Georgia and raising more questions about the British & Irish Lions tour amid a third wave of infections in the country.

Springbok lock Lood de Jager returned a positive test, following three positives in the SA side last week. "The players have been placed in preventative isolation prior to further PCR testing and a review of the testing data by the Medical Advisory Group,” said a statement from SA Rugby.

"Lood de Jager returned a positive outcome in scheduled testing and, because of his close contact with a number of squad members, the entire group has gone into isolation."

An update will be issued following the review by the advisory group and the further testing, it added.

SA had Covid cases last week and selected players also went into isolation but the first test against Georgia on Friday in Pretoria went ahead.

The teams are scheduled to meet again in Johannesburg on Friday in a second warm-up for the Boks before the start of their three-test series against the Lions later this month.

Meanwhile, there will be no test dress rehearsal for the British & Irish Lions in the warm-up games before they face SA, with each player having an opportunity to compete for a place up to the first test, coach Warren Gatland said yesterday.

The Lions play five games before the three-test series but none of the matches is earmarked for a potential test selection to have a run-out before the opening clash against the Springboks in Cape Town on July 24.

"I want this group of men to feel everyone has an opportunity, particularly right up until the test matches and we won’t be showing our hand in terms of what a test side should be," the Lions coach told a news conference.

South Africa lock RG Snyman has undergone skin graft surgery after he suffered burns last month but he could still return in time for the test series ...
Sport
5 months ago

British & Irish Lions coach Warren Gatland has a nagging feeling his team might be a little underdone by the time the first Test against the ...
Sport
5 months ago

There were some sparkling individual performances as the British & Irish Lions kicked off their tour with a crushing 56-14 win over the local Lions ...
Sport
5 months ago
Next Article